❝ There are many reasons people put off going to the doctor. One of the big reasons is cost — a huge arc in the current debate about whether and how to repeal and replace Obamacare, which sought to increase the number of Americans with quality health insurance. Another is access, or finding a doctor who takes your insurance and has appointment openings. But whatever the reasons, the disconnect means that many people choose to become patients only in extreme circumstances and are then at the mercy of the system.

❝ “It really debases and demeans and takes away your dignity to be shuffled around when you know you have something wrong with you,” said Dr. Paredes, an obstetrician-gynecologist in Lakeland, Fla., who practiced in a variety of healthcare settings before retiring two and a half years ago. “I think healthcare is something that should be available to everyone from cradle to grave.”

That’s one of the main reasons nearly half of the 500 doctors who responded to a February LinkedIn survey said they would support a single-payer healthcare system, or Medicare-like coverage for everyone, not just the elderly, instead of the current patchwork model of insurance coverage.

Aside from the crap lies offered by Congressional Republicans…

❝ …For many physicians, the issue comes down to efficiency. In their responses, they cited the administrative hassle of working with multiple insurance companies, each with its own rules and billing procedures. And they pointed to some of the less visible costs, like patients who bounce from one healthcare provider to another as their health plans change.

A total of 48% of physicians said they would be in favor of single-payer healthcare, while 32% were opposed and 21% said they didn’t know.

❝ And even though doctors acknowledged that they might take a financial hit under a single-payer system, many respondents said it would be more than mitigated by getting out of the collection business. In other words, even if they earned less, there would be more patient care and less of the aggravation that comes with negotiating with and tracking down payment from multiple insurance companies.

RTFA for pretty middle-of-the-road analysis. For me, the truth has always been cost. Social Security and Medicare each are national insurance programs with premiums paid by the insured and, generally.their employers. There’s an artificial cap allowing high earners to stop paying the SSA tax at just over $100K income. Still, both of these systems are run with administrative costs less than 3%. And they work well. Helluva lot better than the motley arrangement Obamacare relies on.

Our adorable insurance companies declare their administrative costs run 14-25% and jack up all their rates accordingly. Couple that with a Congress that refuses civilians the same right the military has to negotiate fixed prices for prescriptive drugs – and we get screwed twice by the existing system. That’s the system Republicans and Blue Dog Democrats want to make more expensive and less safe for the insured. 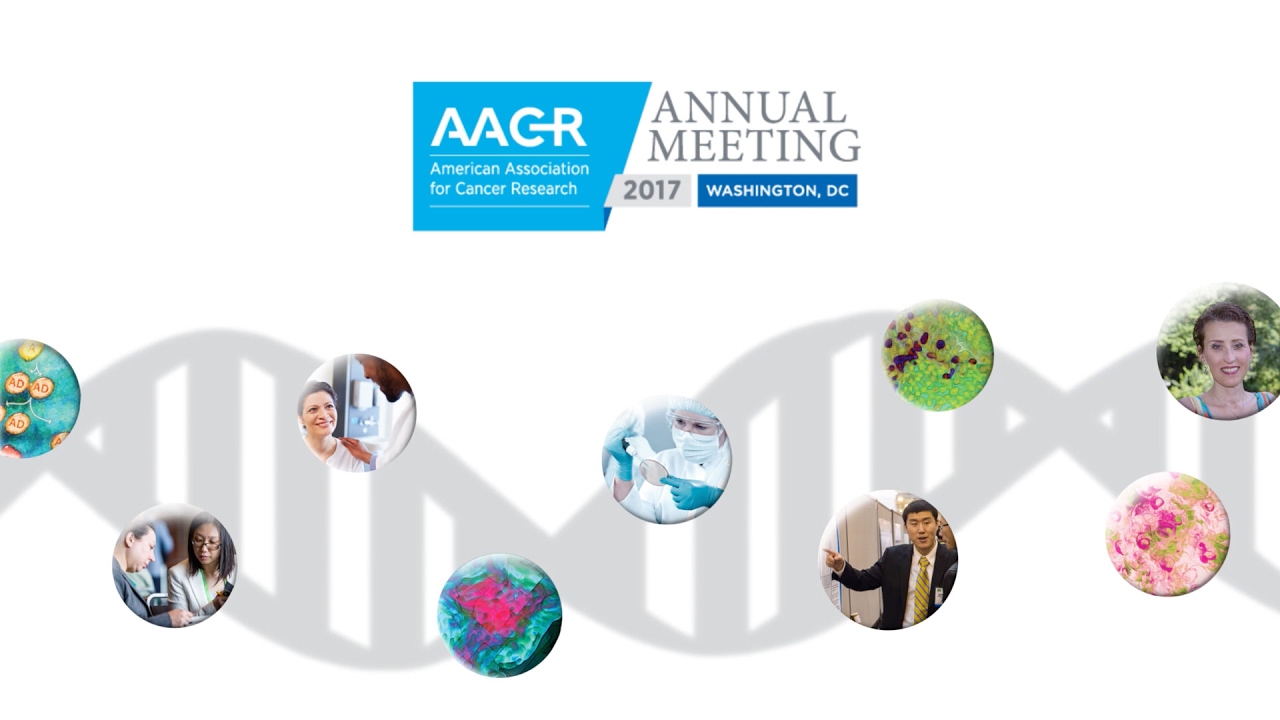 ❝ With continuing attempts in Congress to repeal and replace the Affordable Care Act…a panel of experts and patient advocates at the American Association for Cancer Research’s annual meeting here discussed how changes would affect cancer patients and survivors.

“I don’t know if I’d be alive today without coverage under the Affordable Care Act,” said Chiara D’Agostino, a 45-year-old from Montclair, N.J., with triple negative, stage IV metastatic breast cancer. She said she could not have afforded medical insurance without the ACA.

“And I’m incredibly anxious that my healthcare insurance can be pulled out from under me.”

❝ She was joined on the panel by three-time breast cancer survivor Diana Chingos of Los Angeles, who related how she could not switch health plans prior to the ACA, as well as moderator Gilbert S. Omenn, MD, PhD, of University of Michigan, and Ernest Hawk, MD, MPH, of University of Texas MD Anderson Cancer Center.

Omenn…noted that access to comprehensive health insurance is vital for all Americans, especially the 1.7 million who were diagnosed with cancer in 2016, and the estimated 15.5 million cancer survivors in the United States today…

❝ “About 3% of healthcare spending in the U.S. is for prevention and public health, and 75% of healthcare costs are related to preventable conditions,” said Hawk, noting that one-third to one-half of cancer deaths are preventable in western populations, and that the ACA has provisions for covering clinical preventive services…

❝ Chingos, a 23-year breast cancer survivor, said that when she left the corporate world to freelance years ago, she hadn’t expected to be diagnosed with cancer at age 30.

“I found that I was married to my health insurance policy,” she said, since she couldn’t switch coverage because of her pre-existing condition…

To her, she said, “Repeal and replace are words that are not compatible with a cancer diagnosis.”

Too bad so many of our elected officials are missing a heart. 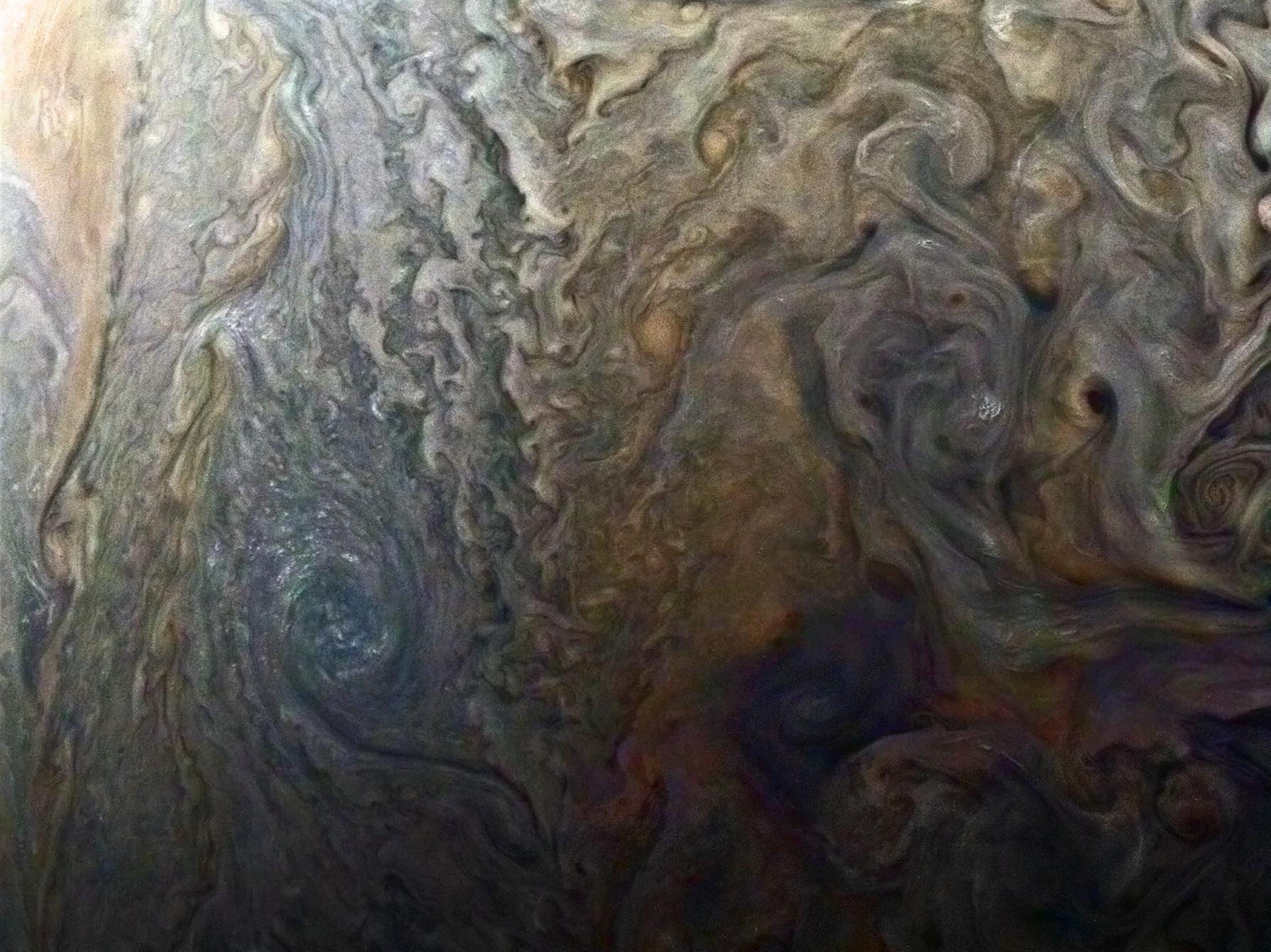 Roughly the size of a basketball court, NASA’s Juno probe departed in 2011, hurtled through space for five years and finally made itself comfortable in Jupiter’s orbit in July 2016.

Now, at about 415 million miles from Earth, it has made its fifth close flyby of the Gas Giant and the images it sent home are breathtaking…

So far, they’ve discovered what Jupiter’s poles look like for the first time and are continuing to study the swirling clouds and storms covering the planet’s atmosphere (it’s thought they might be linked to complicated currents from the planet’s moon, Io)…

Traveling 129,000 miles per hour, Juno itself will never get closer than 2,700 miles from the cloud tops. Though that seems far, the data from the probe has already allowed scientists to rewrite what they thought they knew about giant planets and, possibly, the origins of our entire solar system.

No space travel available for cranky old geeks like me; so, photos like these are the next best thing. That and the creative minds of folks making movies with great CGI, nowadays.