“Because when it actually works they just call it medicine” 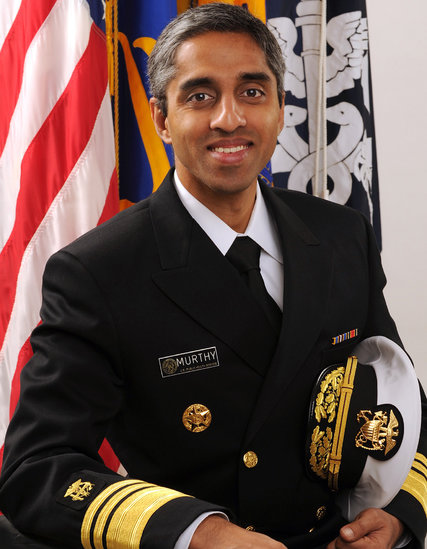 ❝ Surgeon General Vivek H. Murthy, an Obama administration holdover, was asked to resign by the Trump administration on Friday. He was replaced by his deputy, Rear Adm. Sylvia Trent-Adams, one of the first nurses to serve as surgeon general. 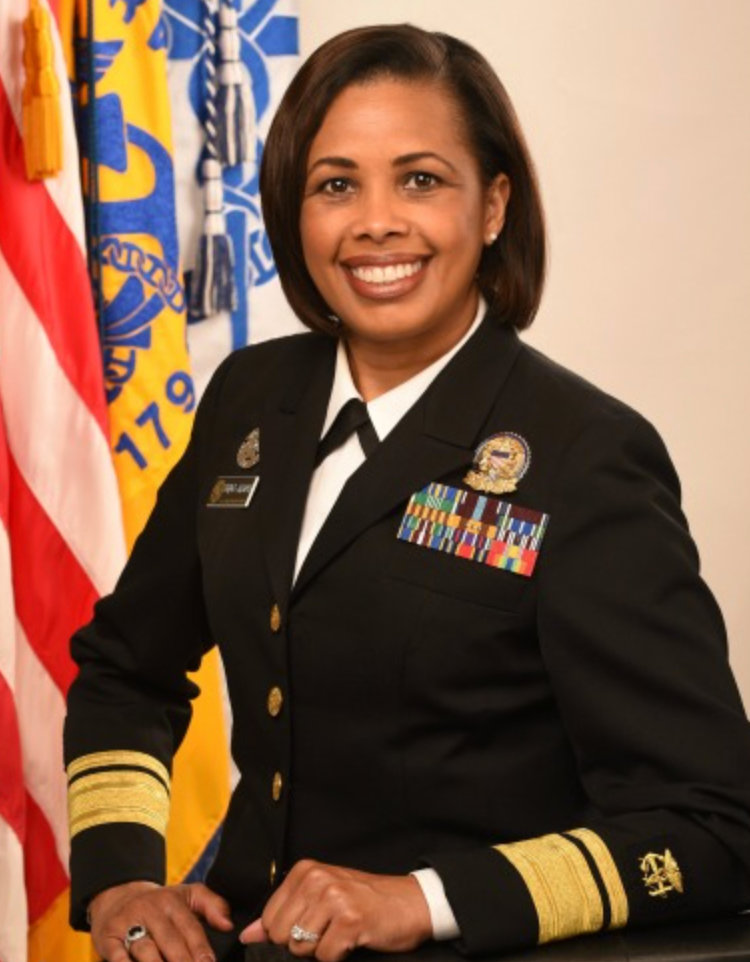 Admiral Trent-Adams will for now be in an acting role. As of Friday evening, she had already replaced Dr. Murthy on the surgeon general’s Twitter account, and her portrait had replaced his on the agency’s Facebook page. One of the first comments on that post asked, “Where is Dr. Murthy?”…

❝ Alleigh Marré, a spokeswoman for the Department of Health and Human Services, said in an emailed statement on Friday that he was asked to step down “after assisting in a smooth transition into the new Trump administration.” Ms. Marré said Dr. Murthy would continue to serve as a member of the Commissioned Corps of the Public Health Service.

❝ Surgeons general have little staff or power but generally use their positions to call attention to important public health priorities.

Dr. Murthy has for years made headlines for calling gun violence a public health threat. In 2014, the National Rifle Association urged the Senate not to confirm him.

Who will our so-called president name as permanent replacement? 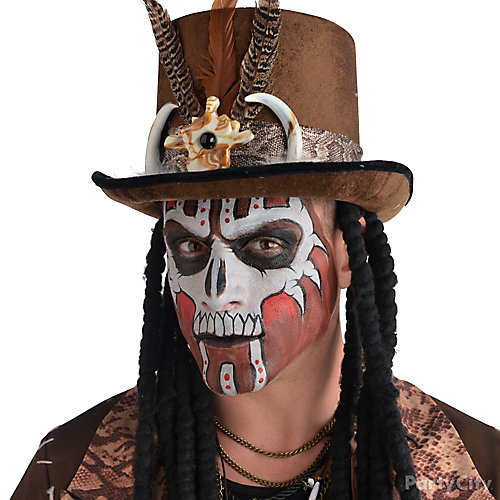 The leading candidate is an NRA member 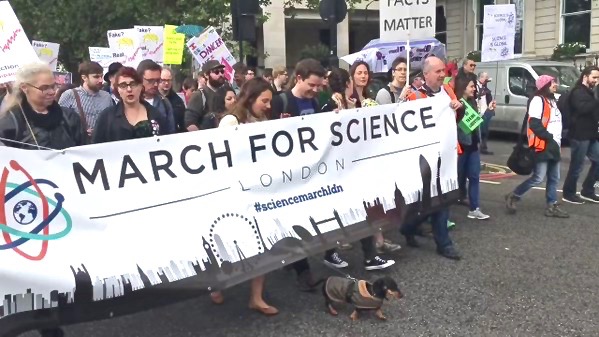 Daisy the science dog leads a detachment in the London March for Science.

❝ During the campaign, President Donald Trump promised to build a wall across the southern border some 1,000 miles long. The number of miles the president currently has money for: seven.

United States Customs and Border Protection officials delivered the startling news…at a conference in San Antonio for businesses eager to win contracts for beefing up security along the border.

❝ Although estimates to build the wall soar past $20 billion, the agency has so far managed to scrape together only about $20 million, according to its top contracting official. The rest of the cash will have to come from Congress, which so far has proven reluctant to foot the bill.

That amount of cash would not go very far to build a real wall — existing fence along the border costs roughly $2.8 million per mile.

Instead, the agency plans to spend the money on eight model walls, planning, engineering, and early-stage land acquisition…

So, the money will either come out of taxpayers’ pockets directly – or the usual way favored by Congressional conservatives, e.g. rip it from budgets already dedicated to education, healthcare, etc. You know. Stuff that benefits ordinary people. Not corporate elites.

❝ The contracts for the prototype walls — some made of concrete, some made of other materials, all to be “aesthetically pleasing” per Trump’s wishes for a beautiful wall — will be announced later this summer…

Like most of everything Trump owes obedient voters, True Believers in our nation unwinding time back to some 19th Century myth – it ain’t going to happen. It will cost exponentially more than promised. It will take money stolen from healthcare, decent roads, education, a poison-free environment. Nothing the Republican Party has cared about in decades. Everything this generation and those to follow will require if America is to keep from falling backwards compared to the rest of the developed and developing world.