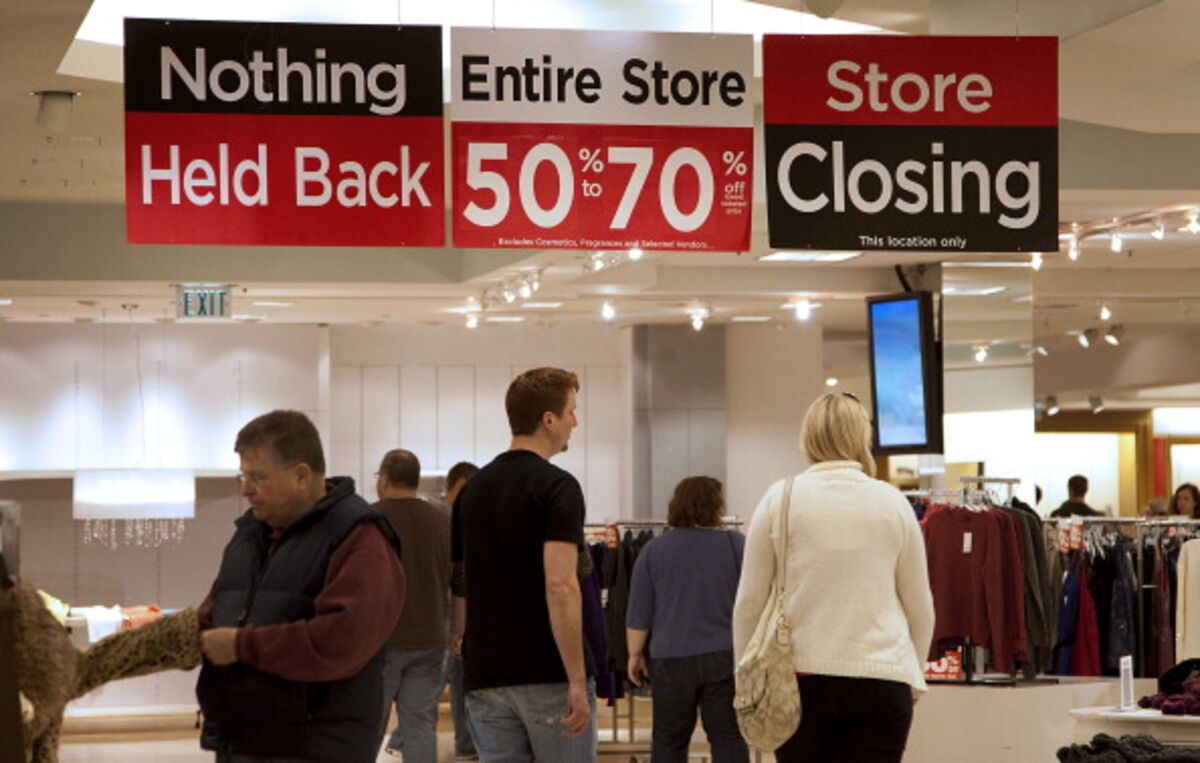 ❝ It’s easy to blame all of the industry’s woes on Amazon, the online giant. There’s little doubt that the fifth-largest U.S. company by market cap has been disrupting traditional retailers…But online is far from the only source of retail’s problems: The large chains, the malls they usually find themselves in, and even flagship urban stores have failed to adapt to rapidly changing consumer tastes. This lag has been readily apparent for more than a decade.

❝ Note that this is not the product of hindsight; during the financial crisis, it was clear to me that “retail shopping will emerge from the recession with a much smaller footprint than before.” In 2010, I reiterated those views, observing that “the United States still has too large of a retail footprint — 40 square feet of retail space for each person; that is the most per person in the world … that needs to come down appreciably.”

❝ My present views are even less optimistic. We are probably closer to the beginning of that transition than the end. This is a generational realignment in the way consumers spend their discretionary dollars, and the ramifications and economic dislocations are going to last for decades.

❝ The build cycle. One aspect of the “overstored” issue is the mismatch between retail trends and the construction cycle. Trends change much faster than permits can be issued, buildings constructed and subsequently rented. That lag can be consequential.

Look at the growth in big malls since the 1990s. Forbes notes that “since 1995, the number of shopping centers in the U.S. has grown by more than 23 percent and the total gross leasable area by almost 30 percent, while the population has grown by less than 14 percent.” All of the retail construction reflected a very ’90s shopping perspective, one that’s considerably different today. It is more than just the rise of the internet: Sport shopping, retail therapy, and conspicuous consumption offer less prestige today than they once did.

❝ Bor-ing!…The wild success of the nearly 500 Apple stores provides lessons for other retailers. At $5,546 in sales per square foot, Apple sells more goods at retail than any other store in the world. The same exact products can be purchased at Best Buy, at Amazon, or even Apple’s own website. Yet the company has hit upon a formula that sends more than 1 million visitors per day worldwide into their retail locations with money to spend. (Surveys have shown that putting an Apple store in a mall increases sales 10 percent for all the other retailers.)…

❝ One last issue: price. Thanks to “showrooming” — checking out stuff in stores only to buy online after finding out how much less it costs — consumers have learned how stiff mark-ups can be in retail. When customers believe they’re overpaying, it does not lend itself to repeat business…

❝ Those warnings about excess retail space are almost a decade old. If anything, the existential threat to the consumer retail industries are even more acute today.

Most of Barry Ritholtz’s writing gets onto this site – when I feel it fits – pretty quickly. Been saving this one for more than a couple of weeks. Reports the past few weeks continue to bear out everything in this piece he wrote for Bloomberg in March. The great Howard Davidowitz matches Barry’s analysis with even more colorful language and greater forecasts of doom for shopping center and mall anchor stores.

Keep your eyes open for bargains at “Going Out Of Business” sales!

❝ When the standard malaria medications failed to help 18 critically ill patients, the attending physician in a Congo clinic acted under the “compassionate use” doctrine and prescribed a not-yet-approved malaria therapy made only from the dried leaves of the Artemisia annua plant. In just five days, all 18 people fully recovered. This small but stunningly successful trial offers hope to address the growing problem of drug-resistant malaria…

❝ “To our knowledge, this is the first report of dried-leaf Artemisia annua controlling ACT-resistant malaria in humans,” the authors of the Phytomedicine paper note, adding that more comprehensive clinical trials on patients with drug-resistant malaria are warranted. “Successful treatment of all 18 ACT-resistant cases suggests that DLA should be rapidly incorporated into the antimalarial regimen for Africa,” they added, “and possibly wherever else ACT resistance has emerged.”…

❝ Another advantage of DLA over conventional malaria treatments is its low cost and the relative simplicity of its manufacture, Dr, Pamela Weathers said. While the processes for manufacturing ACT is costlier and requires a higher degree of expertise, producing DLA tablets can be accomplished with simpler equipment and a modest amount of training. Growing Artemisia annua and producing and testing the tablets, Weathers noted, are ideal local business that can provide jobs in impoverished areas and greatly expand access to antimalarial therapy.

That last paragraph defines an important bit of research too often left out by the Medical Industrial complex.

❝ Donald Trump expressed confusion in an interview published on Monday as to why the civil war had taken place. He also claimed that President Andrew Jackson, who died 16 years before the war started, “was really angry” about the conflict.

Trump also said Jackson, a slaveholder and war hero who led a relocation and extermination campaign against Native Americans, “had a big heart”.

On Monday night, Trump sought to clarify his remarks, arguing in a tweet that Jackson had predicted the Civil War and would have prevented it had he not died 16 years prior…

Clarification? More like tweaking his ignorance after someone pointed it out.

❝ The civil war was fought over slavery – the enslavement in the United States of African Americans – and related territorial, economic and cultural struggles. Jackson died in 1845. The first shot was fired by forces of the secessionist, slaveholding states on Fort Sumter in Charleston, South Carolina, on 12 April 1861.

Defenders of Trump’s creative approach to history argued on Monday that the president was referring to a successful effort by Jackson in the 1830s to put down a secessionist threat. Nothing in Trump’s statement, however, indicates knowledge of the earlier episode, which was not part of the civil war.

And nothing in the resolution of that secessionist skirmish included the later attempted expansion of slavery to the American West.

❝ Trump’s statements drew expressions of extreme disbelief and consternation online. Many scholars noted that the investigation of the civil war’s roots was one of the richest veins in all of US historiography.

Time and again Trump relies on the core racism infecting his supporters. Yes, yes, often they are the sort of bigots who’ve realized that public expressions of racism aren’t acceptable in front of most Americans. They’ve learned all the Republican code words. They know the rote rationales for the Civil War tuned and tempered by generations of self-deception. They’re never going to offend their neighbors who are open bigots – rather than stand up for Constitutional standards of equal opportunity.

They will accept every excuse blathered out on Fox Noise over the coming week – by Trump and his acolytes.