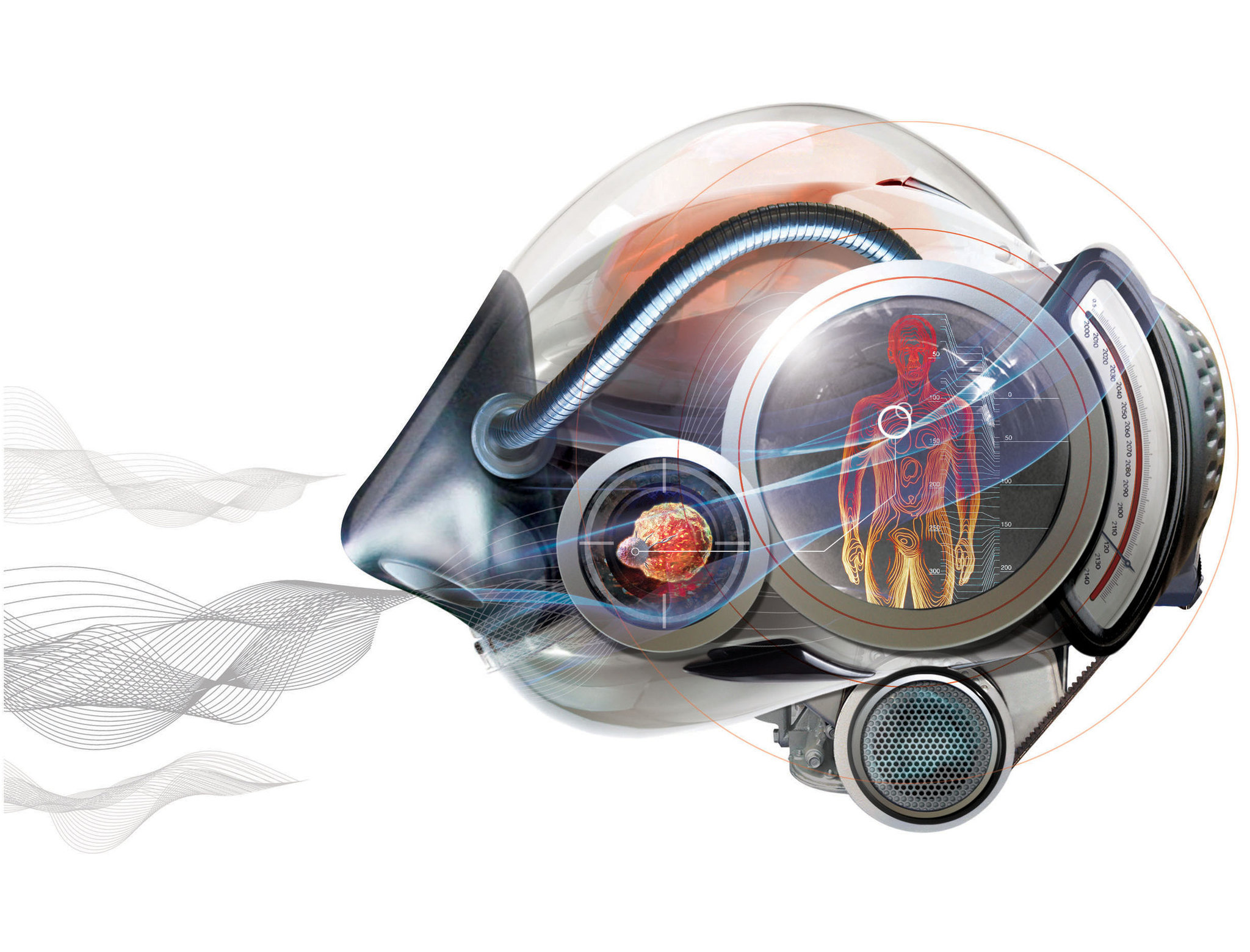 Each of us has a unique “odorprint” made up of thousands of organic compounds. These molecules offer a whiff of who we are, revealing age, genetics, lifestyle, hometown — even metabolic processes that underlie our health…

❝ …Not every physician’s nose is a precision instrument, and dogs, while adept at sniffing out cancer, get distracted. So researchers have been trying for decades to figure out how to build an inexpensive odor sensor for quick, reliable and noninvasive diagnoses.

The field finally seems on the cusp of succeeding.

❝ “You’re seeing a convergence of technology now, so we can actually run large-scale clinical studies to get the data to prove odor analysis has real utility,” said Billy Boyle, co-founder and president of operations at Owlstone, a manufacturer of chemical sensors in Cambridge, England.

❝ Mr. Boyle, an electronics engineer, formed the company with two friends in 2004 to develop sensors to detect chemical weapons and explosives for customers, including the United States government. But when Mr. Boyle’s girlfriend and eventual wife, Kate Gross, was diagnosed with colon cancer in 2012, his focus shifted to medical sensors, with an emphasis on cancer detection.

Ms. Gross died at the end of 2014. That she might still be alive if her cancer had been detected earlier, Mr. Boyle said, continues to be a “big motivator.”

The shame is that our US government – supposed to be part support of our family and lives – never seems to have that concern for our health and care anymore. Yes, we got Obamacare for a little while. Shortsighted and convinced our insurance and pharmaceutical giants need as much support as individuals and families, that endeavor is currently being short-circuited by mean spirited politicians who care even less than the capitalist barons or Dark Ages priests they pimp for.

The company also is conducting a 1,400-subject trial, in collaboration with the University of Warwick, to detect colon cancer from urine samples, and is exploring whether its chips can help determine the best drugs for asthma patients by sorting through molecules in their breath.

Shame on those we put into office at all levels with the same sort of mandate – conveniently forgotten when they take their seat in power.

❝ Everyone saw the hackers coming…The National Security Agency in Washington picked up the signs. So did Emmanuel Macron’s bare-bones technology team. And mindful of what happened in the American presidential campaign, the team created dozens of false email accounts, complete with phony documents, to confuse the attackers.

❝ The Russians, for their part, were rushed and a bit sloppy, leaving a trail of evidence that was not enough to prove for certain they were working for the government of President Vladimir V. Putin but which strongly suggested they were part of his broader “information warfare” campaign…

But that outcome was hardly assured on Friday night, when what was described as a “massive” hacking attack suddenly put Mr. Macron’s electoral chances in jeopardy. To French and American officials, however, it was hardly a surprise.

❝ …The staff at Mr. Macron’s makeshift headquarters in the 15th Arrondissement at the edge of Paris didn’t need the N.S.A. to tell them they were being targeted: In December, after the former investment banker and finance minister had emerged as easily the most anti-Russian, pro-NATO and pro-European Union candidate in the presidential race, they began receiving phishing emails.

Even before then, the Macron campaign had begun looking for ways to make life a little harder for the Russians, showing a level of skill and ingenuity that was missing in Hillary Clinton’s presidential campaign and at the Democratic National Committee, which had minimal security protections and for months ignored F.B.I. warnings that its computer system had been penetrated.

❝ “We went on a counteroffensive,” digital director, Mounir Mahjoubi said. “We couldn’t guarantee 100 percent protection” from the attacks, “so we asked: what can we do?” Mr. Mahjoubi opted for a classic “cyber-blurring” strategy, well known to banks and corporations, creating false email accounts and filled them with phony documents the way a bank teller keeps fake bills in the cash drawer in case of a robbery…

Mr. Mahjoubi refused to reveal the nature of the false documents that were created, or to say whether, in the Friday document dump that was the result of the hacking campaign, there were false documents created by the Macron campaign.

But he did note that in the mishmash that constituted the Friday dump, there were some authentic documents, some phony documents of the hackers’ own manufacture, some stolen documents from various companies, and some false emails created by the campaign.

❝ “It’s clear they were rushed,” Mr. Hultquist said. “If this was APT28,” he said, using the name for a Russian group believed to be linked to the GRU, a military intelligence agency, “they have been caught in the act, and it has backfired for them.”

Russian hackers were dealing with not only a better educated populace; but, a more sophisticated audience than American voters. LePen and her populist campaign had to walk away from the most backwards aspects of campaigns her father would have run twenty or thirty years ago. She could not substitute anti-Semitism for Trump’s anti-Mexican slurs – as her father would have.

Trump’s dalliance in misogynist assaults might have cynical appeal to fools in France – as they do in the United States. But, Trump’s contempt for physically-handicapped wouldn’t play – for example – in a nation where until recently public transport still reserved front seats for victims of war.

The French shrugged off Big Lies because they knew from experience what the population in general was gifted by populist liars – and their supporters, domestic or foreign.

Way too honest to last with Trump

❝ National security adviser H.R. McMaster has become the latest target of the leaks and infighting that have dogged the Trump administration’s early days.

❝ President Trump has tried to put an end to White House staffers placing palace intrigue stories, which peaked last month with a war of words between chief strategist Stephen Bannon and senior adviser Jared Kushner that played out in the press.

Now, McMaster, a favorite of Washington’s GOP and foreign policy establishment, finds himself in the crosshairs of anonymous White House officials as the administration mulls ramping up the U.S. military presence in Afghanistan.
Those close to the White House describe the latest scuffle as another power struggle between rival spheres of influence. Foreign policy experts see the leaks as a reflection of a broader internal dispute over the appropriate level of U.S. involvement in the Middle East.

❝ Once again, Bannon is rumored to be at the center of it.

❝ …Bloomberg View columnist Eli Lake reported that Trump was boiling over with rage at McMaster and had berated him in front of White House staff…The story said that Trump at one point “screamed” at McMaster on a phone call for assuring South Korean officials that the U.S. would foot the bill for a missile defense system, contradicting the president.

RTFA for all the plot lines, mis-characterization of characters, myths and legends counter to any rational evidence-based history. It makes for comic opera. It also describes a swamp filled with competing bigots and fools sucking up to the ignoranus-in-chief.