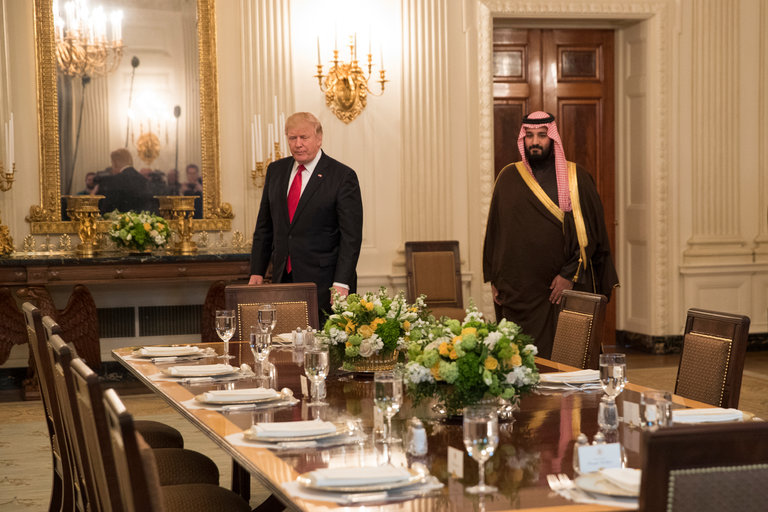 ❝ For foreign leaders trying to figure out the best way to approach an American president unlike any they have known, it is a time of experimentation. Embassies in Washington trade tips and ambassadors send cables to presidents and ministers back home suggesting how to handle a mercurial, strong-willed leader with no real experience on the world stage, a preference for personal diplomacy and a taste for glitz.

❝ After four months of interactions between Mr. Trump and his counterparts, foreign officials and their Washington consultants say certain rules have emerged: Keep it short — no 30-minute monologue for a 30-second attention span. Do not assume he knows the history of the country or its major points of contention. Compliment him on his Electoral College victory. Contrast him favorably with President Barack Obama. Do not get hung up on whatever was said during the campaign. Stay in regular touch. Do not go in with a shopping list but bring some sort of deal he can call a victory.

Read on! There’s a chunk of local, recent history to pad out the story. Some is interesting. We all await a week or so of the Ugly American so-called President on his first field trip.

Foeign leaders are advised to hold it down to no more than 3 syllables to a word, please, folks.

2 thoughts on “Keep it simple for stupid!”