❝ Since June 1, NASA has been trying to launch a small rocket to study the Earth’s upper atmosphere. In the wee hours of Thursday morning, the rocket finally carried its payload into space, giving a spectacular light show along the east coast, from New York to North Carolina.

❝ A few minutes after liftoff, the rocket ejected 10 soda can-sized containers of barium, strontium, and cupric oxide…The canisters burst into colorful clouds that, as they drift, help scientists study how ions move in the ionosphere—the part of our atmosphere that interacts with the charged particles streaming from the sun. These types of studies can help scientists understand auroras and predict the effects of space weather.

Suddenly catching sight of something like this – several hundred miles away and not expecting something like this to appear in the night sky can really freak you out. Happened to me once. Up in the middle of the night when I lived on Fairhaven Harbor in New Haven, CT – I had a great view to the South when one of these tests went off. And this was decades ago before easy access to online info to figure out what I’d seen. Phew! 🙂

❝ A defiant call centre worker who was sent home for wearing shorts to the office in this week’s heatwave came back wearing a bright pink dress as a ‘protest’ against the dress code.

Joey Barge, 20, from Buckinghamshire, turned up in a pair of smart blue shorts on but bosses deemed them inappropriate despite the sweltering heat.

They sent him home just minutes after he posted on Twitter asking his followers: ‘If women can wear skirts/dresses at work can I wear smart shorts like so?’

❝ But rather than changing into a stuffy suit, the call centre worker decided to don a bright pink dress as a ‘protest’ against the rules.

Predicting that he’d be sent home again, Joey posted a chic selfie to Twitter, racking up dozens of likes and retweets.

❝ Instead his act of defiance sparked a change in the rules – with bosses sending out an email allowing ‘gentlemen in the office’ to wear three-quarter length shorts in ‘black, navy or beige only’.

Despite the u-turn – which Joey branded a ‘partial win’ – he opted to wear the colourful dress for the whole day in an act of defiance against the policy.

He said: ‘I got sent home and told to change into appropriate clothing but it said females could wear dresses so hey ho!

From June 17 to midnight of June 23, Qinghai used only wind, solar and hydro power stations.

Quan Shengming, general manager of the provincial grid company, said during the period, electricity use was 1.1 billion kilowatt hours, equivalent to 535,000 tons of coal.

❝ Hydro power plants supplied 72.3 percent of the electricity, with new energy like wind and solar supplying the remainder for the province, which is home to 5.8 million people, said Han Ti, vice general manager.

Laxiwa hydro-power station in Guide county, is the largest on the upper stream of the Yellow River. On average, it generates 10.2 billion kilowatt hours a year…

❝ Home to the source of China’s major rivers, Qinghai has strong hydro-power and solar supplies.

It’s happening all around the world. In the United States, the changeover will continue upon the efforts of states and localities – now that we have a federal government run by 18th Century ideologues.

❝ On June 19, 2017, The Pew Charitable Trusts submitted a letter to the President’s Commission on Combating Drug Addiction and the Opioid Crisis, outlining an analysis of whether state drug imprisonment rates are linked to the nature and extent of state drug problems — a key question as the nation faces an escalating opioid epidemic. Pew compared publicly available data from law enforcement, corrections, and health agencies from all 50 states.

❝ As Pew’s letter explained, higher rates of drug imprisonment do not translate into lower rates of drug use, fewer drug arrests, or fewer overdose deaths. And the findings hold even when controlling for standard demographic variables, such as education level, employment, race, and median household income.

Not that the professional liars in Congress and the White House give a damn about up-to-date analysis and no ideological bias.

A full breakdown of methodology can be found on page 7 of the letter. Here’s a link to the letter. 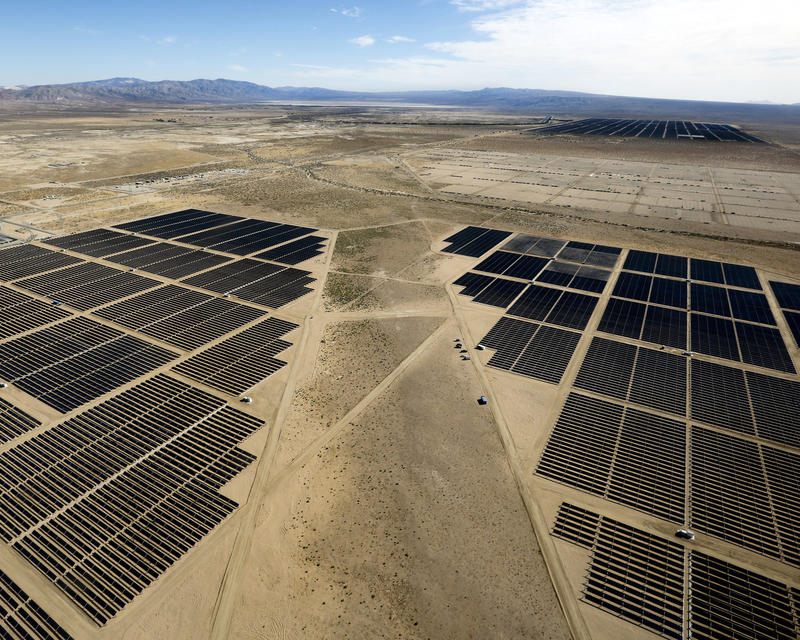 ❝ On 14 days during March, Arizona utilities got a gift from California: free solar power.

Well, actually better than free. California produced so much solar power on those days that it paid Arizona to take excess electricity its residents weren’t using to avoid overloading its own power lines…

The number of days that California dumped its unused solar electricity would have been even higher if the state hadn’t ordered some solar plants to reduce production — even as natural gas power plants, which contribute to greenhouse gas emissions, continued generating electricity…

❝ Why doesn’t California, a champion of renewable energy, use all the solar power it can generate?…

❝ The answer, in part, is that the state has achieved dramatic success in increasing renewable energy production in recent years. But it also reflects sharp conflicts among major energy players in the state over the best way to weave these new electricity sources into a system still dominated by fossil-fuel-generated power…

That’s the polite way to put it.

❝ …The California Legislature has mandated that one-half of the state’s electricity come from renewable sources by 2030; today it’s about one-fourth. That goal once was considered wildly optimistic. But solar panels have become much more efficient and less expensive. So solar power is now often the same price or cheaper than most other types of electricity, and production has soared so much that the target now looks laughably easy to achieve.

At the same time, however, state regulators — who act independently of the Legislature — until recently have continued to greenlight utility company proposals to build more natural gas power plants.

Generally, when folks are sleeping in a strange bed it involves sex or money or both. RTFA and decide how much of each is involved.

Attendees then began to applaud and laugh at the move.

❝ The episode comes as tensions have grown between the U.S. and Germany, especially on the issue of trade.

❝ Ross’s address comes one week before the Merkel and Trump will meet with their international counterparts at the G-20 summit in Hamburg.

Ross is as boring as a Trump Conservative can be. Trying to explain the policies of an incompetent masquerading as US President is difficult enough on white bread-American network TV. Trying to make sense to an audience of worldly European conservative politicians is a lost cause.

The oxygen-poor “dead zone” in the Gulf of Mexico may be the biggest on record this year, nearly doubling in size to cover an area of ocean as large as Vermont, scientists at Louisiana State University estimate.

The dead zone develops when nitrogen-rich runoff from the Midwestern farm belt pours into rivers and out into the Gulf. That runoff is loaded with fertilizer, as well as nutrients from animal and human waste, and it fuels the growth of algae that die, sink, and decompose, depleting oxygen levels offshore. That drives away marine life in the zone — or kills species that can’t escape.

This year, LSU and its partners in the Louisiana Universities Marine Consortium estimate the zone will cover more than 10,000 square miles (26,000 square kilometers) off the shores of Louisiana and Texas. High water in the Mississippi River and higher-than-average nitrogen concentrations in the waterway this spring are driving the estimate upward, said Nancy Rabalais, a professor of marine ecosystems at LSU…

Efforts to tackle the roots of the zone have had little effect so far, Rabalais said. Some farms are adopting practices that reduce the amount of fertilizers and tilling needed to grow crops, “but the percentage of the area in the watershed is quite small.”

“There’s a federal-state task force to come up with recommendations state-by-state to reduce nutrients,” she said. “If you read the details of the forecast and the changes in flows over time, you can see there hasn’t been much of a change. Which means the few really concerted efforts to reduce nutrients have been overwhelmed by the usual way of big agribusiness in the watershed.”

Small farmers – like my kin in Canada – can’t afford to waste money on over-fertilizing. Often, they’re closer to environmental concerns, anyway. The bigger the operation, the more folks think like careless beancounters. They think they save more dollar$ by eliminating human beings than crap supplements.