Worth repeating. No doubt Trump will offer similar occasions in the future. 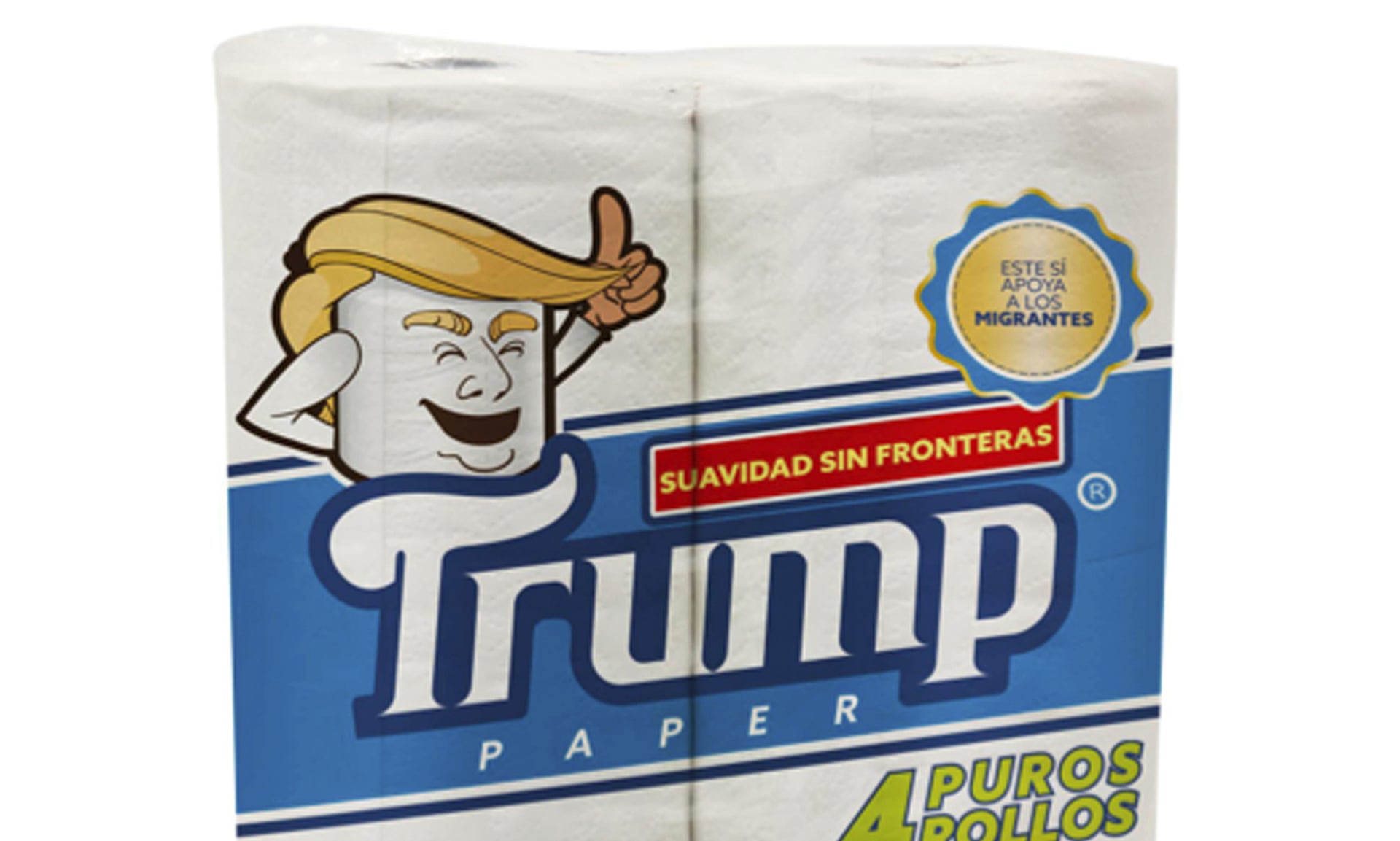 A Mexican businessman offended by Donald Trump’s insults to his countrymen is seizing on a possible oversight in the magnate’s branding plans…Corporate lawyer Antonio Battaglia is introducing “Trump” brand toilet paper, marketed under the slogans “Softness without borders”…

Mexico’s Institute of Industrial Property has granted Trump’s company trademarks on his name in sectors such as construction, hotels, tourism, real estate and financial services. But the Trump Organization didn’t bother to cover what’s referred to in Spanish as “hygenic paper”, and Battaglia’s trademark for Trump toilet paper was approved in October 2015, according to the institute’s records.

Packages are expected to begin rolling off production lines later this year, with 30% of the profits promised to programs supporting migrants…

A mock-up package provided by Battaglia boasts it contains four “puros rollos” – a double-entendre that literally means “pure rolls” but can also be understood as “pure nonsense”. It shows a grinning cartoon character giving an enthusiastic thumbs-up. It’s not an exact likeness of Trump, but its swooping blond locks are a clear nod to the president’s famous hairdo.

Battaglia argued he is well within Mexican law as the legal trademark-holder, with no direct link between his product and Donald Trump or his image.

Paul Allen’s intriguing launch company, Vulcan Aerospace, has gone relatively quiet in recent years, and questions about the venture’s viability have been increasing. But on Wednesday, the cofounder of Microsoft shared a new photo of the company’s Stratolaunch airplane — the largest in the world — and it seems the company is moving forward.

The new plane is, in a word, bigly. The aircraft has 385-foot wingspan and, powered by six Pratt & Whitney engines used on Boeing 747 aircraft, has a maximum takeoff weight of 1.3 million pounds. The Stratolaunch’s wingspan is the largest in history, blowing away the previous record-holder (Howard Hughes’ Spruce Goose) by 65 feet. Vulcan Aerospace says its Stratolaunch airplane will have an operational range of 2,000 nautical miles. Serving as a reusable first stage for rocket launches, the Stratolaunch system will be capable of delivering payloads to multiple orbits and inclinations in a single mission.

Recently…the company moved the Stratolaunch aircraft out of its hangar at the Mojave Air & Space Port in the eponymous California desert. This was first time it had been moved outdoors, and Allen said the purpose was to conduct a “fueling test.” This event marked the completion of the construction phase, the company later said, and the beginning of ground and eventually flight tests.

I’m the only member of my extended New Mexico family who’s never been a pilot. But, wow, would I love to go along on this critter for a launch flight.