❝ OK, here’s a post with an image in it. And what better way than to visually deconstruct a Trump administration lie? Here is EPA chief Scott Pruitt this weekend:

Since the fourth quarter of last year until most recently, we’ve added almost 50,000 jobs in the coal sector. In the month of May alone, almost 7,000 jobs.

❝ And here’s the truth:

Not certain which strays furthest from truth and reality. Deliberate lies from thugs like Pruitt and his boss — or the self-delusion of Trump chumps, the folks who voted him into office and accept this crap as gospel. 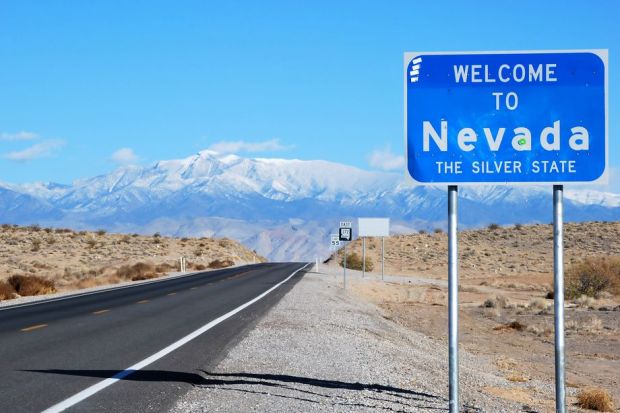 ❝ Nevada, with little fanfare or notice, is inching toward a massive health insurance expansion — one that would give the state’s 2.8 million residents access to a public health insurance option.

❝ The Nevada legislature passed a bill Friday that would allow anyone to buy into Medicaid, the public program that covers low-income Americans. It would be the first state to open the government-run program to all residents, regardless of their income or health status.

The bill is currently sitting with Nevada Gov. Brian Sandoval, a Republican. His office did not respond to an inquiry about whether he would sign the bill or veto it.

❝ Democrats in Washington have previously proposed a similar “Medicare for all” scheme, which would open up the public program for the elderly to Americans under 65. The idea has always fizzled out, however, due to a lack of political support.

❝ “Medicaid for all” offers an alluring alternative to those proposals. For one, Medicaid coverage generally costs less than “Medicare for all” because the program pays doctors lower rates. This might make it a more alluring option for price-sensitive consumers worried about their monthly premium.

Because states have a large role in running Medicaid, they can move these proposals forward with less involvement of the federal government. A public option program like this has always failed at the federal level. But a liberal state such as Maryland or Connecticut — or, in this case, even a more centrist state like Nevada — might explore the option unilaterally.

A good chance to watch the 2 wings of our craptastic political establishment flounder about nationwide – trying to avoid doing something similar. Republicans are doubly stuck in knee-deep political manure with all their years of using states’ rights as a pet excuse to avoid anything as modern as, say, the horseless buggy – or equal rights for anyone below corporate CEO pay grade. Interested to see what copouts we’ll get from self-identified centrist Democrats.

❝ Five months after Donald J. Trump was sworn in as president, no one has taken the reins at the Federal Emergency Management Agency, which is in charge of preparing for and then dealing with the aftermath of a hurricane. The last FEMA boss was a Florida man, W. Craig Fugate, who departed in January after seven years on the job. Fugate previously served as the head of the Florida Division of Emergency Management. Trump finally nominated someone at the end of April, but he has yet to be confirmed.

Trump meanwhile has made no move to appoint a new boss at the National Oceanic and Atmospheric Administration, the agency in charge of the National Hurricane Center and the National Weather Service, which provide hurricane forecasts and hurricane warnings in advance of a storm.

❝ Incidentally, NOAA Is predicting an above-average hurricane season this year. Trump’s proposed budget has targeted both agencies for cuts.

Trump’s obeisance to Neo-Cons who couldn’t win an election on their own is notorious. Policies he wouldn’t touch with a 10-foot pole while campaigning are rolled out daily. Cutting services protecting as many lives as the National Hurricane Center was predictable for experienced cynics. True Believers are still clustered in prayer circles hoping for deliverance even while the anti-science brigade continues to undercut human needs.