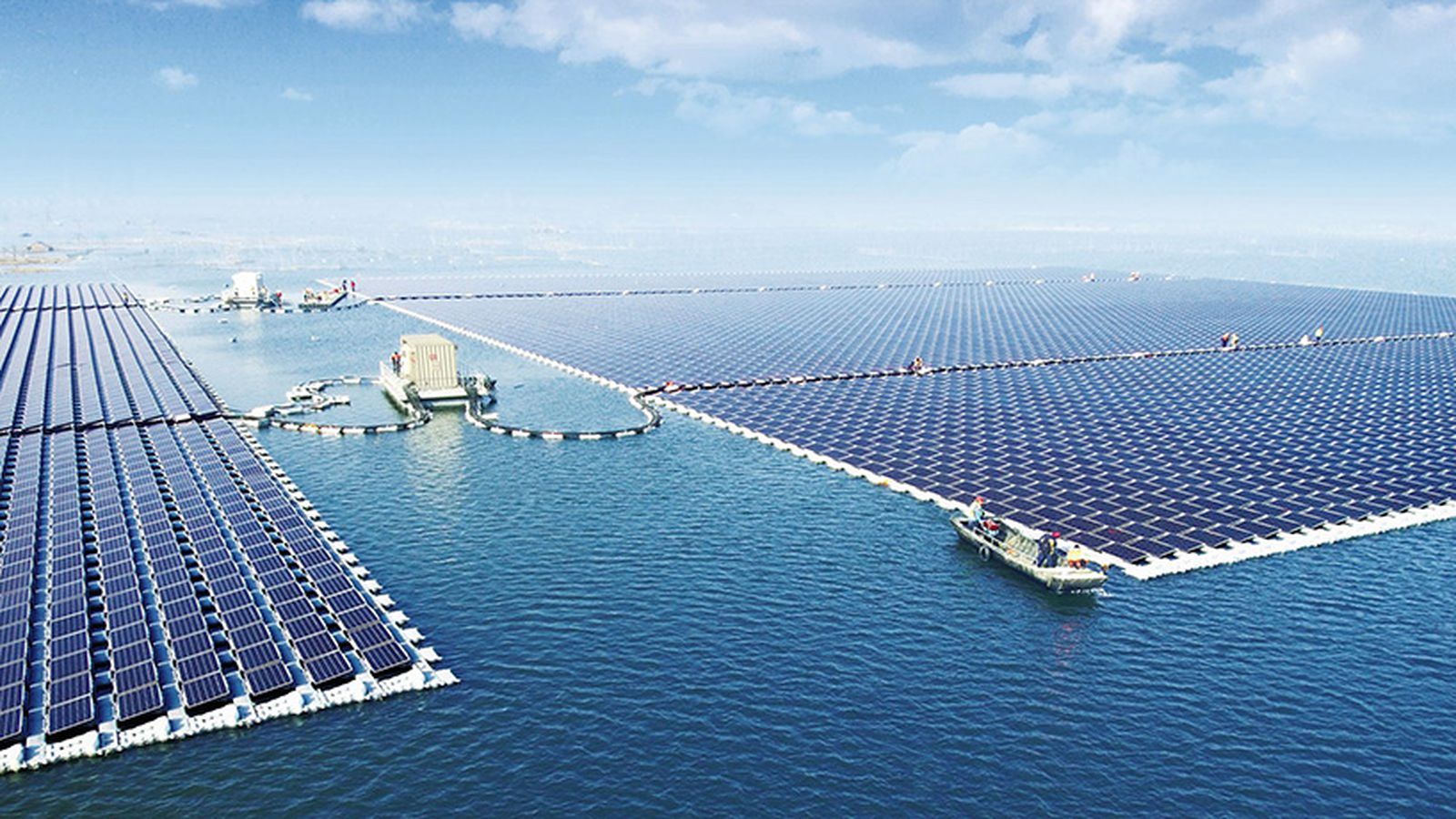 ❝ Last week, workers switched on a solar energy plant capable of producing 40 megawatts of power, which floats on a manmade lake in China’s Anhui province near the city of Huainan…The array is the largest floating solar project in the world, though at the brisk pace China is building new renewable projects it’s unlikely to hold that title very long.

❝ Built by the company Sungrow Power Supply, the power plant will produce enough energy to power 15,000 homes…While the company has not revealed the exact size of the operation, it produces twice as much energy as the previous holder of the largest-floating-solar-plant title, which is located in the same area and was launched by the company Xinyi Solar in 2016.

❝ Anhui province is a coal-rich region, and the Sungrow plant is located on a lake that was once the site of intensive mining. Heavy rains filled the area with water…

So why build solar plants on top of lakes and reservoirs?…Building on bodies of water, especially manmade lakes that are not ecologically sensitive, helps protect agricultural land and terrestrial ecosystems from being developed for energy use. The water also cools the electronics in the solar panels, helping them to work more efficiently…

❝ While the floating solar plant is the largest in the world, it pales in comparison to some of China’s non-floating solar projects. The Longyangxia Dam Solar Park on the Tibetan plateau hosts 4 million solar panels that produce 850 megawatts of energy. Even that will soon be eclipsed by a project in the Ningxia Autonomous Region, which will have 6 million solar panels and produce 2 gigawatts of power.

If Trump’s chumps continue to keep the Republican Party in power, say, until 2024 — we may yet see coal become the cheapest source of mediocre construction stone in the United States. Keeping fewer people employed than Arby’s just to maintain welfare checks flowing into certain corporate bank accounts is an important part of the 18th Century lifestyle so beloved of today’s conservative politicians.