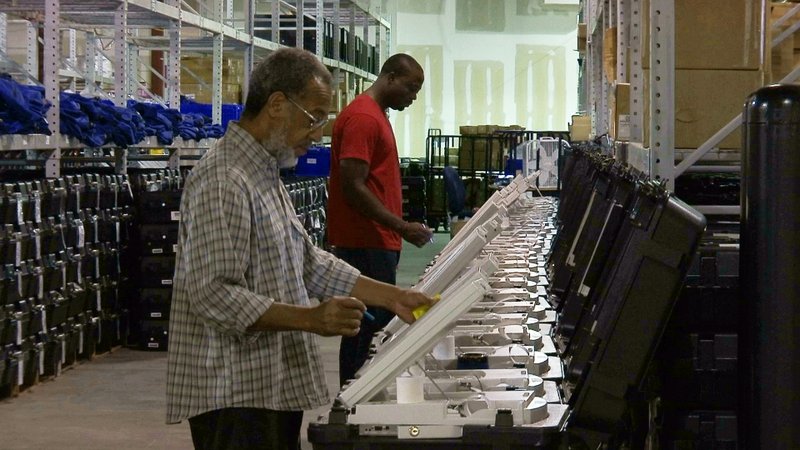 ❝ The Science Team of the Canadian Research Icebreaker CCGS Amundsen has cancelled the first leg of the 2017 Expedition due to complications associated with the southward motion of hazardous Arctic sea ice, caused by climate change.

❝ Dr. David Barber, Expedition Chief Scientist, noted that, “Climate-related changes in Arctic sea ice not only reduce its extent and thickness but also increase its mobility meaning that ice conditions are likely to become more variable and severe conditions such as these will occur more often.”

The Sea Ice Research Team collected a comprehensive dataset on the physics of the ice, ocean and atmosphere in the area and these data will contribute to the understanding of these events and assist Canada in preparing for climate change driven increases in marine ice hazards…

❝ The research of our scientists clearly indicate that climate change is not something that is going to happen in the future – it is already here. Research results from scientists onboard the Amundsen and innovative Networks like ArcticNet show the impacts of climate change in Canada’s Arctic and Arctic Ocean affect not only northern ecosystems and communities, but also the environments and people living in the south of Canada – as so dramatically seen off the coast of Newfoundland.

This will not be a one-off – nor will the events be limited to an Arctic context. More likely, yes. But, natural systems, global in scope, interact and affect each other. As they will affect us.