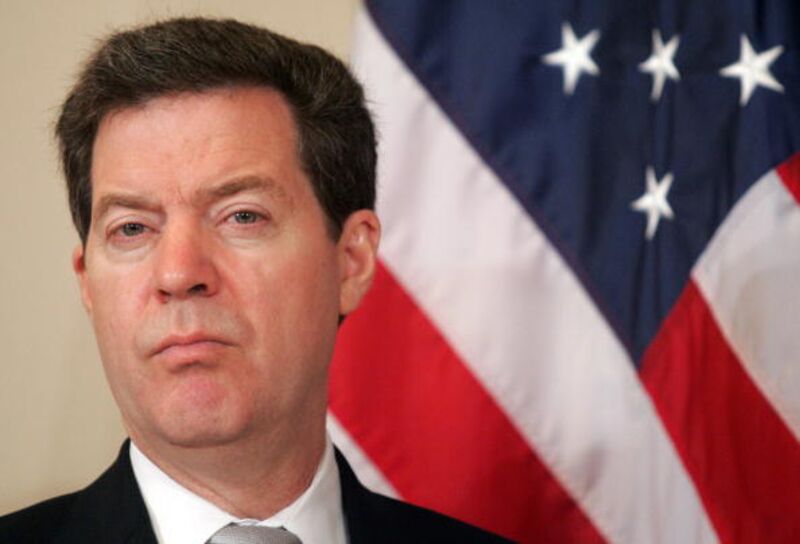 ❝ When a governor announces an economic theory as a solution to a state’s fiscal problems, while challenging all comers to observe the results, that’s something I want to pay attention to. And so for the past five years, I have been watching the public-policy experiment in Kansas with great fascination.

❝ With the state legislature now rejecting the governor’s experiment, we can move onto to the next phase: Not recrimination and blame, though there is lots of that going around. Instead, I want to look at how the experiment played out, and what lessons there are to be learned from it.

❝ A quick refresher: Kansas’s Republican Governor Sam Brownback pushed through a substantial change in the state tax code, centered around lowering rates. He promised it would lead to more growth, tax revenue and jobs. Instead, there have been persistent tax revenue shortfalls, huge spending cuts and disappointing job creation. As my Bloomberg View colleague Justin Fox wrote, Kansas is badly lagging its neighbors, all of which have similar economies. Even worse, people (especially young people) are fleeing the state. Kansas was one of the highest outbound migration states in 2014, 2015 and 2016. The vast majority of people who have moved out were either transferring when their companies left or were seeking employment elsewhere.

Before Brownback, this wasn’t the case. As recently as 2012 and 2011, Kansas didn’t make the lists of states with high migratory outflows.

❝ Incentives matter: There was a large behavioral incentive, but it was for financial engineering. Brownback eliminated taxes on limited liability companies and sole proprietorships. It isn’t surprising that lots of companies and individuals made these legal structural changes. But this was merely an alteration in form with no beneficial economic incentives.

❝ Have an exit strategy: Because Kansas didn’t focus on specific and measurable benchmarks, it had no way to know when to pull the plug. This is important, as the legislature was forced to wait until things were unequivocally bad and getting worse before taking steps to end the experiment. An exit strategy based on specific goals would have saved a lot of unnecessary austerity-induced pain for the people of Kansas.

❝ Share information freely: We knew the Kansas experiment was going badly when the executive branch decided to stop reporting economic news about it…

Win or lose, take responsibility: Broad proof of the failure of Brownback’s tax cuts led the legislature to begin unraveling them. Rather than admitting defeat, Brownback vetoed its actions. His refusal to accept a verdict reflects a failure to recognize and take responsibility for his own policies.

❝ By just about every measure, Kansas’ economic laboratory experiment is now over, and the results are in. Supply-side tax cuts as executed in Kansas don’t generate more economic growth or create more jobs. They reduce tax revenue and forced the government to cut spending on essential goods and services like roads and schools.

RTFA for more detail. Unless you’re a Republican True Believer the cause-and-effect relationships are clear. Evidence is a bear. That the mass of Kansas voters went along with Brownback’s incompetence for so long speaks only to their obedience, lack of independence, loyalty to ideology in the face of daily evidence of failure.

Barry Ritholtz is one of my favorite writers on matters financial in the United States. That he has a fey sense of humor, refers to himself as a Recovering Republican, allegiance to evidence and facts over ideology is icing on the fiscal cake. 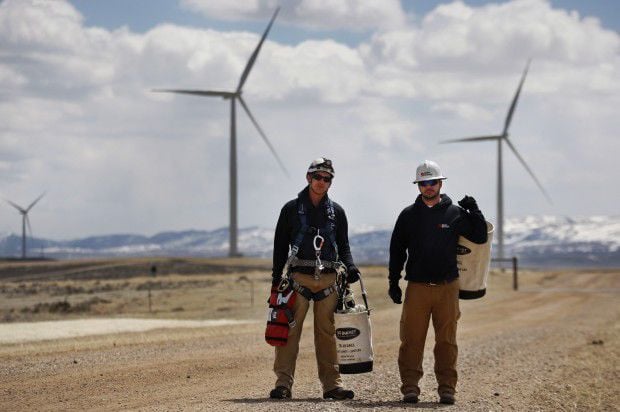 ❝ It’s no secret that Wyoming has recently faced a downturn in energy prices and that workers have lost jobs. The state is filled with people who have a specific skill set, such as facing potential hazards, working at great heights and handling electrical equipment. But when oil and gas production slows or coal mines cut back on production, the opportunity to utilize those skills goes down too.

Now, an international wind manufacturing company is hoping to convince the roughnecks, mechanics and coal miners of Wyoming to join its industry, betting on the growth of wind generation in the country and a number of wind projects slated to go up in the state.

❝ Goldwind Americas, in partnership with wind developer Viridis Eolia, will offer free training to Wyoming’s workforce starting with three introductory sessions in mid-July in Rawlins, Casper and Gillette. The company also plans an upcoming tour of its wind farm near Shamut, Montana.

“We believe that folks that come from certain industries, fossil fuels, oil and gas, coal, they have skills that are transferrable to the wind industry,” said David Halligan, CEO of Goldwind Americas. “That’s why we’re offering the training and specifically why we are offering it in Wyoming.”

They are training people who could maintain a wind farm, technicians who respond to mechanical problems, install replacement parts and run the day-to-day operations at a large wind site.

❝ Wind technician is the fastest growing occupation in the U.S.

And the jobs ain’t going away just because today’s version of Republican is trying to claw their way back to the 19th Century.