The CBO directors are fighting back. All eight signed on to a letter Friday to raise a “strong objection to recent attacks on the integrity and professionalism of the agency.”

❝ This is the first time, I’m told, that all eight former directors have signed on to a joint letter. The group includes those appointed by Republicans and Democrats…

❝ The CBO directors don’t expect to become a regular presence in the fight over the office’s numbers. One reason there was some hesitation to put out the letter is that they didn’t want to commit to an ongoing feud with Congress — but felt the attacks had become fevered enough to warrant a response.

As the former CBO director I spoke with put it to me, “We believe in the norms of our political system. And we believe, strongly, that the CBO is one of those norms.”

Like many nations, the United States can count on the dedication and professionalism of virtually the whole of our civil service. Most could earn more in private industry. The concept of serving your country is meaningful to most civil servants as it is to our military lifers.

Which is different from the sort of lifers we encounter all too often in Congress. Not all. But, too many. 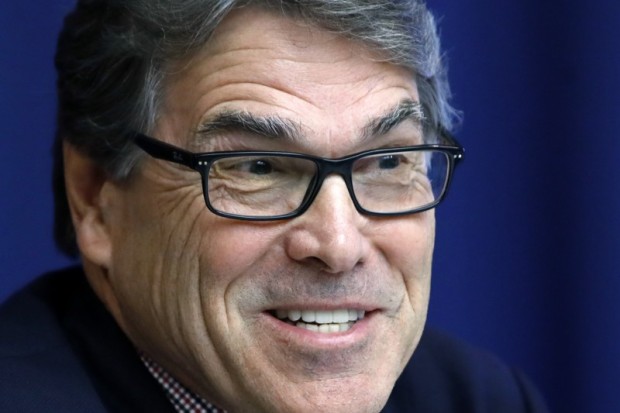 ❝ A leaked draft study of the electric grid requested by Energy Secretary Rick Perry found that federal energy efficiency policies are in the process of saving U.S. consumers and businesses more than a half trillion dollars.

❝ Back in April, Perry ordered a study from Department of Energy (DOE) staff to back up his claims that solar and wind power were undermining the U.S. electric grid’s reliability. But a July draft obtained by Bloomberg debunked that attack. Instead, the authors found that “the power system is more reliable today” than ever.

❝ …ThinkProgress reported the study concluded a large fraction of America’s aging fleet of coal and nuclear plants are simply not economic to operate anymore.

The study has a long discussion of why coal and nuclear aren’t going to become economic anytime soon. For instance, it’s increasingly clear that, for the foreseeable future, natural gas prices will stay low — and that renewable sources of power like solar and wind will continue the stunning price drops they’ve seen in the past two decades, which have upended the global power market…

❝ No good policy goes unpunished in the Trump administration, however, so California and New York are leading a coalition of states in a lawsuit to force DOE to publish five efficiency standards that were finalized under the Obama administration but were undergoing a 45-day review period (typically used for catching typographical errors and other minor problems…) when Trump took office. Six months later, the new administration still hasn’t sent the rules to the Federal Registrar to be published.

Three Bronx cheers for Trump efficiency in government. Not only is he – and his True Believers – incompetent at introducing and passing legislation which might benefit average Americans, they refuse to carry through simple publication of improvements like this which would save consumers a half-trillion dollar$.