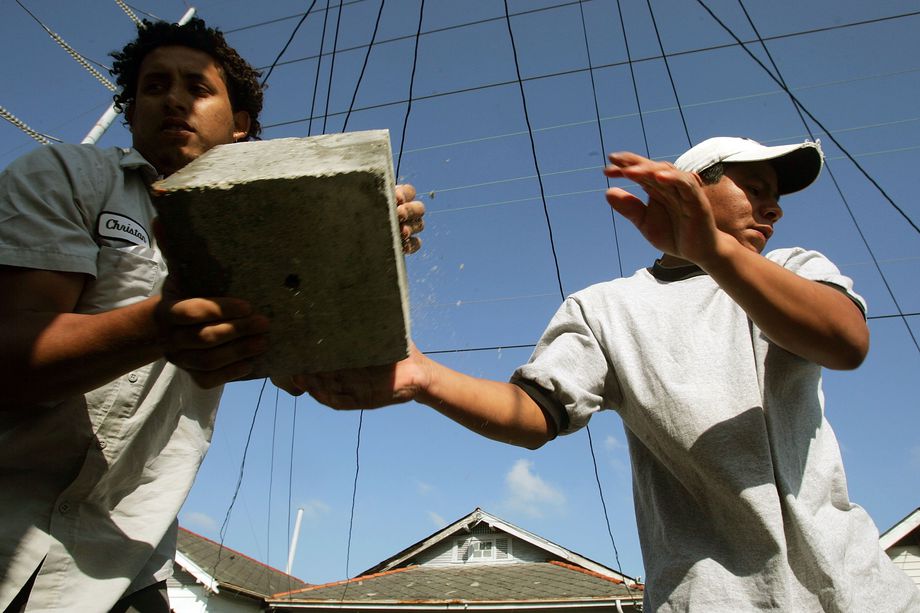 ❝ As the waters recede, Houston families and insurance agents are surveying the damage to the city: water-logged homes, ruined appliances, sagging roofs, and streets littered with debris.

Now the city faces this question: Who is going to rebuild the nation’s fourth-largest city as construction companies nationwide struggle to find workers?

❝ Unauthorized immigrants were crucial to rebuilding New Orleans after Hurricane Katrina. And they are likely to be desperately needed as Texas rebuilds to clean streets, demolish buildings, and reconstruct homes and offices.

But it’s a hostile time to be undocumented in Texas. Even beyond the Trump administration’s harsh rhetoric and actions on immigration, Texas leaders are engaged in a crackdown on unauthorized immigrants, passing a slew of laws to make it harder for them to live and work in the state. In such an environment, these laborers might not stick around for the work that will be needed…

❝ After Hurricane Katrina…Undocumented laborers — mostly from Mexico and Central America — did the dirtiest jobs in rebuilding the city, making an average of about $10 an hour. They started by sweeping streets and removing moldy debris from buildings. They cleaned out rotting food from refrigerators. They put FEMA tarps on homes. They ended up removing more than 38 million cubic yards of trash and debris from the city. When reconstruction began, they were the ones installing new roofs and sheet rock on buildings….

❝ …Study showed that American workers did more skilled work, such as the electrical and plumbing jobs. Undocumented immigrants were more likely to do more dangerous, labor-intensive work, such as laying roofs, painting homes and installing sheet rock.

Unlike Texas, Louisiana didn’t have a large number of Latino immigrants, which meant that many laborers moved to the area specifically to find work. Many ended up staying in Louisiana and starting families, even though immigration agents routinely raided their homes and businesses…

❝ So far, the Trump administration has said nothing about potential labor shortages in Houston, or any actions he might take to make it easier to rebuild the city. And based on his current anti-immigrant policies, it’s unlikely that undocumented workers will get any of attention from the federal government.

I doubt the Texas legislature is any smarter than our fake president. After all, most of them live someplace that didn’t get ruined by Harvey. Most of them fit the bill for whites-only bigots, upper middle class to upper crust incomes, who really don’t give a damn about a mostly working class population.

Houston might take twice as long as Katrina to get on its feet – excepting the immediate areas around unhealthy if not toxic industries needing workers nearby to feed corporate profits.

I knew some of these places. My grandparents had a small farm across the Hudson River from the Catskills. It was always where you went for holiday. Or heard about on the radio.

Culture, recreation, holidays change. If they’re your business, you had better change, as well.