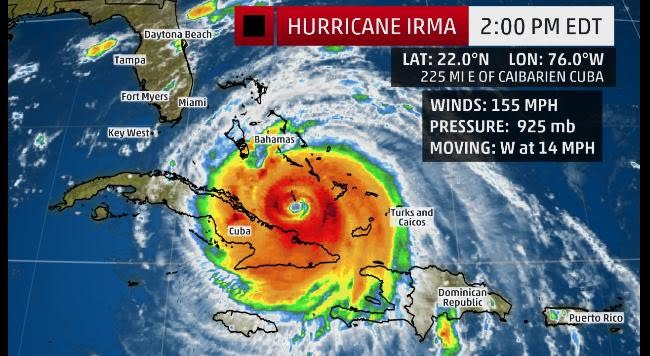 One of the Caribbean islands hardest hit by Hurricane Irma was Cuba, where 10 people died. Irma hit Cuba’s northern coast as a Category 5 storm. It was the deadliest hurricane in Cuba since 2005, when 16 people died in Hurricane Dennis.

Cuba has long been viewed as a world leader in hurricane preparedness and recovery. According to the Center for International Policy, a person is 15 times as likely to be killed by a hurricane in the United States as in Cuba. Meanwhile, Cuba has already sent more than 750 health workers to Antigua, Barbuda, Saint Kitts, Nevis, Saint Lucia, the Bahamas, Dominica and Haiti.

Read the transcript of a discussion with Elizabeth Newhouse, director of the Center for International Policy’s Cuba Project. She has taken numerous delegations from the U.S. to Cuba to see how the Cubans manage disaster preparedness.