❝ The U.S. retirement age is rising, as the government pushes it higher and workers stay in careers longer.

But lifespans aren’t necessarily extending to offer equal time on the beach. Data released last week suggest Americans’ health is declining and millions of middle-age workers face the prospect of shorter, and less active, retirements than their parents enjoyed.

❝ Here are the stats: The U.S. age-adjusted mortality rate—a measure of the number of deaths per year—rose 1.2 percent from 2014 to 2015, according to the Society of Actuaries. That’s the first year-over-year increase since 2005, and only the second rise greater than 1 percent since 1980.

At the same time that Americans’ life expectancy is stalling, public policy and career tracks mean millions of U.S. workers are waiting longer to call it quits. The age at which people can claim their full Social Security benefits is gradually moving up, from 65 for those retiring in 2002 to 67 in 2027.

Almost one in three Americans age 65 to 69 is still working, along with almost one in five in their early 70s.

Mail me a penny postcard when you’re confident either of the TweedleDee and TweedleDumb political parties we’re allowed is going to do a damned thing about this. To make it better, that is.

Meanwhile, read the rest of the article. Then go find some independent organization that tries from the grassroots on up to change this crap situation for the better. Hint: it probably won’t be someone with the word “Party” in the last half of their name. 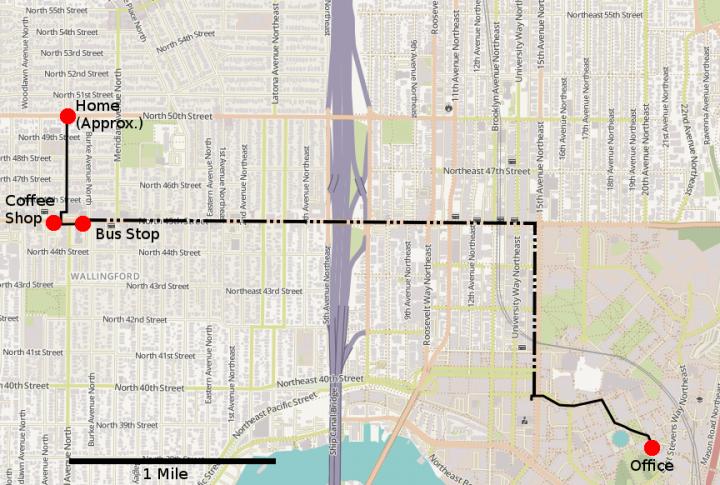 ❝ Privacy concerns have long swirled around how much information online advertising networks collect about people’s browsing, buying and social media habits — typically to sell you something.

But could someone use mobile advertising to learn where you go for coffee? Could a burglar establish a sham company and send ads to your phone to learn when you leave the house? Could a suspicious employer see if you’re using shopping apps on work time?

❝ The answer is yes, at least in theory. New University of Washington research, which will be presented Oct. 30 at the Association for Computing Machinery’s Workshop on Privacy in the Electronic Society, suggests that for roughly $1,000, someone with devious intent can purchase and target online advertising in ways that allow them to track the location of other individuals and learn what apps they are using…

❝ “Because it was so easy to do what we did, we believe this is an issue that the online advertising industry needs to be thinking about,” said co-author Franzi Roesner, co-director of the UW Security and Privacy Research Lab… “We are sharing our discoveries so that advertising networks can try to detect and mitigate these types of attacks, and so that there can be a broad public discussion about how we as a society might try to prevent them.”

Mail me a penny postcard when the advertising industry and our plastic, fantastic lawmakers take this seriously.