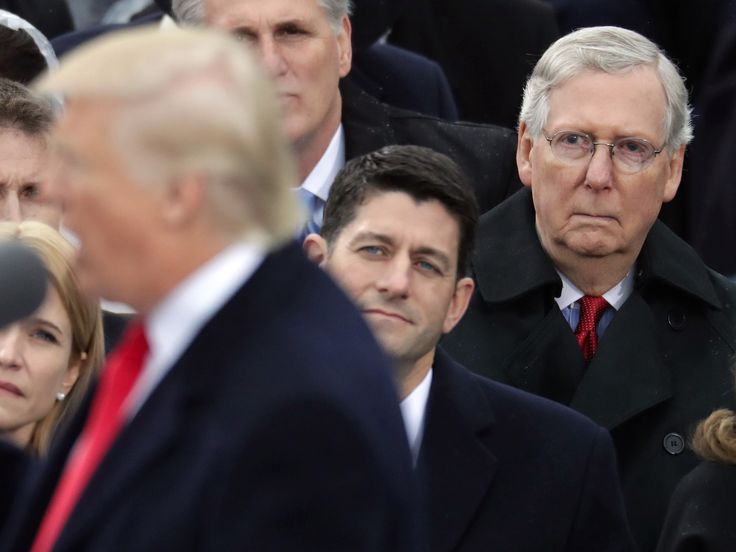 Trump is provably wrong about much in the fact-based universe, disgorging on average five false statements daily since taking office, according to the painstaking tally by long-suffering fact checkers. But don’t fool yourself into thinking he’s lying about one very important thing.

After passionate denunciations in the last week, by former president George W. Bush and three GOP senators, of Trump’s assault on truth, decency, and democracy, you might think there are cracks in his support. You would be wrong.

❝ “I called it a love fest, it was almost a love fest. It was a love fest. Standing ovation . . . There’s great unity in the Republican Party,” Trump rambled of his lunch with Senate Republicans, and yes, there were ovations…

❝ Trump’s disapproval ratings are near 60 percent, and majorities see the president as reckless, dishonest, uncompassionate, and unstable, according to a new POLITICO/Morning Consult poll. What this obscures is that his support among Republicans remains strong; 77 percent of party faithful in the same poll approve of his performance. So it should come as no surprise their elected representatives do too. Thanks to gerrymandering, most come from reliably red districts.

Don’t expect Republicans to invoke the 25th Amendment to remove him anytime soon. As long as he serves their purposes, it’s party over country.

Same as it ever was. Just not this public – with uniquely contemptible practices and a fake president.

Kapoor, 74, was arrested Thursday in Arizona and charged with racketeering conspiracy and other felonies. He’s scheduled to appear in a Phoenix court later in the day.

❝ The opioid epidemic is killing 175 people a day and costing the U.S. economy billions of dollars annually, according to the government. President Donald Trump plans to declare the opioid crisis a public health emergency on Thursday.

Trump did so and – in classic Republican style – refused to allocate or ask for the appropriation of funds to do anything at all to fight this public health emergency. But, he had a chance to smile at the cameras and pretend he isn’t a fake president. 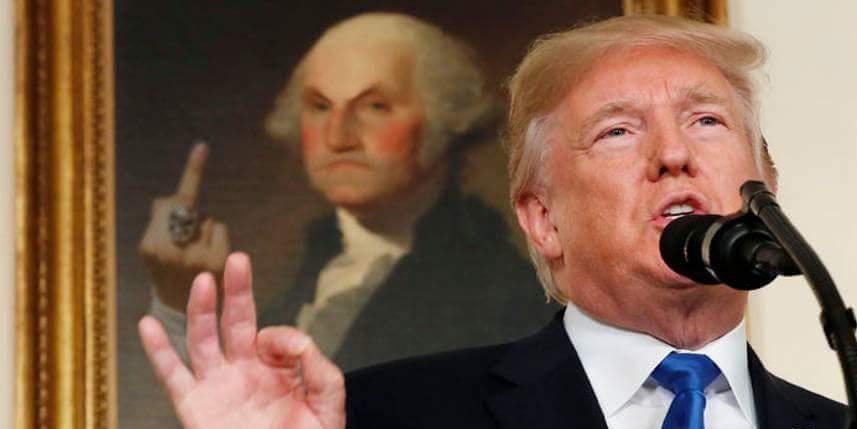 One clever soul has been subtly Photoshopping the portraits of George Washington, and other historical figures, behind the fake president to send a rather specific message to Donald Trump.

Digital talent put to a useful end. Gotta love it.

❝ There are many reasons for the birthing pains behind the development and deployment of the next generation of electric vehicles. In the marketplace, range anxiety is the primary criticism, but in reality, the issues go much deeper.

A car (or van or truck) isn’t just a means of conveyance for you and the people and things that you want to take with you. It is part of some people’s personal identity and the lens through which they choose to engage the world. Reinventing the car alters our relationship with it. Change the car, and you change society.

The tipping point is coming — in years, not decades.

❝ We’ve seen this before. Many people were highly critical of HDTV deployment and early-generation flat-screen TVs. Complaints ranged from price points to real performance issues, such as phosphor burn-in on plasma sets, and many people believed that flat-screen high-resolution TV would remain a playground for rich folks and tech geeks. Then flat-screen TVs crossed a price-point threshold, and the market reached its tipping point…

❝ The electric car is already here, and the industries that support it are in a disruptive renaissance of creative development, shaping the future as they go along. Our staffers have put together a collection of reports that take a look at several important aspects of the electric car and the infrastructure inside and out.

RTFA for hints – and links to the articles Alix Paultre references. A Renaissance Man in his own right, I have no doubt you’ll find them readable, informing, and if you’re in one of the electronic arts he addresses – carrying new directions to your attention.