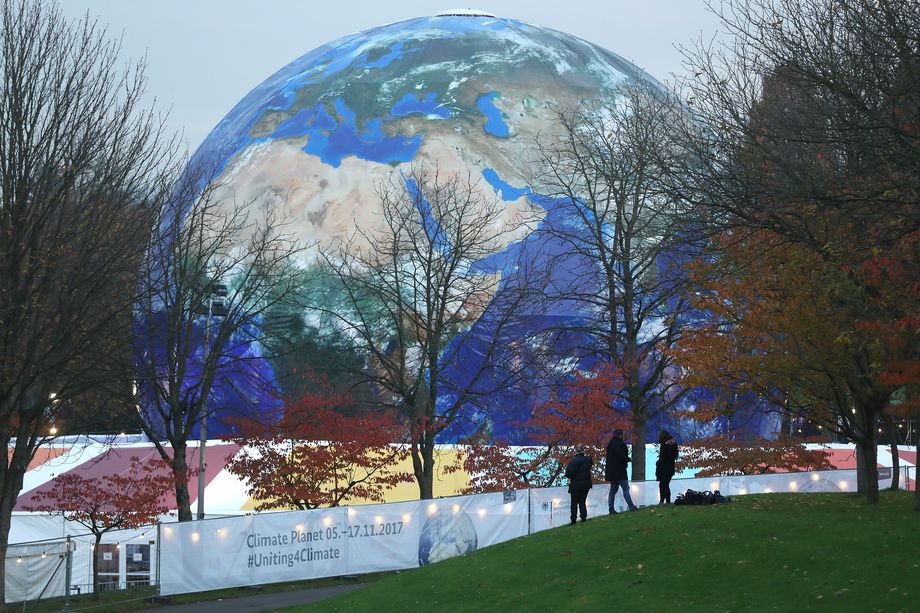 ❝ Today, Syria announced that it would sign the Paris climate agreement — a landmark deal that commits almost 200 countries to reducing greenhouse gas emissions to fight global warming. With Nicaragua also joining the deal last month, the United States is now the only country in the world that opposes it.

In June, President Donald Trump announced that the US will withdraw from the Paris climate accord, unless it is renegotiated to be “fair” to the United States. But other countries in the deal, such as France, Germany, and Italy, said that’s not possible. The Trump administration is also taking steps to roll back regulations passed under former President Barack Obama to achieve the emissions reduction goals set under the Paris deal…

❝ …The Paris accord is one of the most comprehensive climate change agreements ever passed. It is notable because it included countries like China, which pollute heavily but have not signed on to climate deals before…Nicaragua claimed it wasn’t ambitious enough, but reversed its course last month and decided to sign the deal anyway, calling it “the only instrument that currently allows this unity of intentions and efforts…”.

❝ …The announcement leaves the United States more isolated than ever. “With Syria’s decision, the relentless commitment of the global community to deliver on Paris is more evident than ever,” Paula Caballero, director of the climate change program at the World Resources Institute, told the Times. “The US’s stark isolation should give Trump reason to reconsider his ill-advised announcement and join the rest of the world in tackling climate change.”

Which is a foolish analysis of how Trump’s brain rattles around its cage. He cares nothing for educated opinion, scientific study or, in fact, any honest evaluation of measured, verifiable fact. He’s out for short-term gain. Like any pimp.

The same could be said for his dedicated supporters – except I don’t think they’re as capable as he is. As many years as he has working at corruption they’ve been perfecting ignorance.