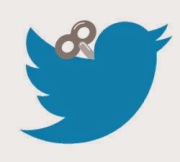 ❝ As bots have become inextricably tied to the spread of “fake news,” a new study looking at how automated accounts engage with popular websites finds they are more prolific than humans on Twitter, posting two-thirds of all shared news links.

While Pew Research Center analysts found…that the majority of bot-generated links on Twitter come from sports and adult content websites, suspected bots also accounted for about two-thirds, or 66 percent, of tweeted links to popular news and current event websites.

❝ About the same average proportion of bots posted links to all the sites the study covered, including pages about news and current events, sports, commercial information, celebrities and commercial products or services…

❝ “These findings illustrate the extent to which bots play a prominent and pervasive role in the social media environment,” Aaron Smith [Pew’s associate director of research] said in a news release. “Automated accounts are far from a niche phenomenon: They share a significant portion of tweeted links to even the most prominent and mainstream publications and online outlets.”

So, anyone hear what TWITTER and their peers are doing about any of this? If anything? Removing these posts might reduce the take from advertisers paying for clicks and posts, eh?