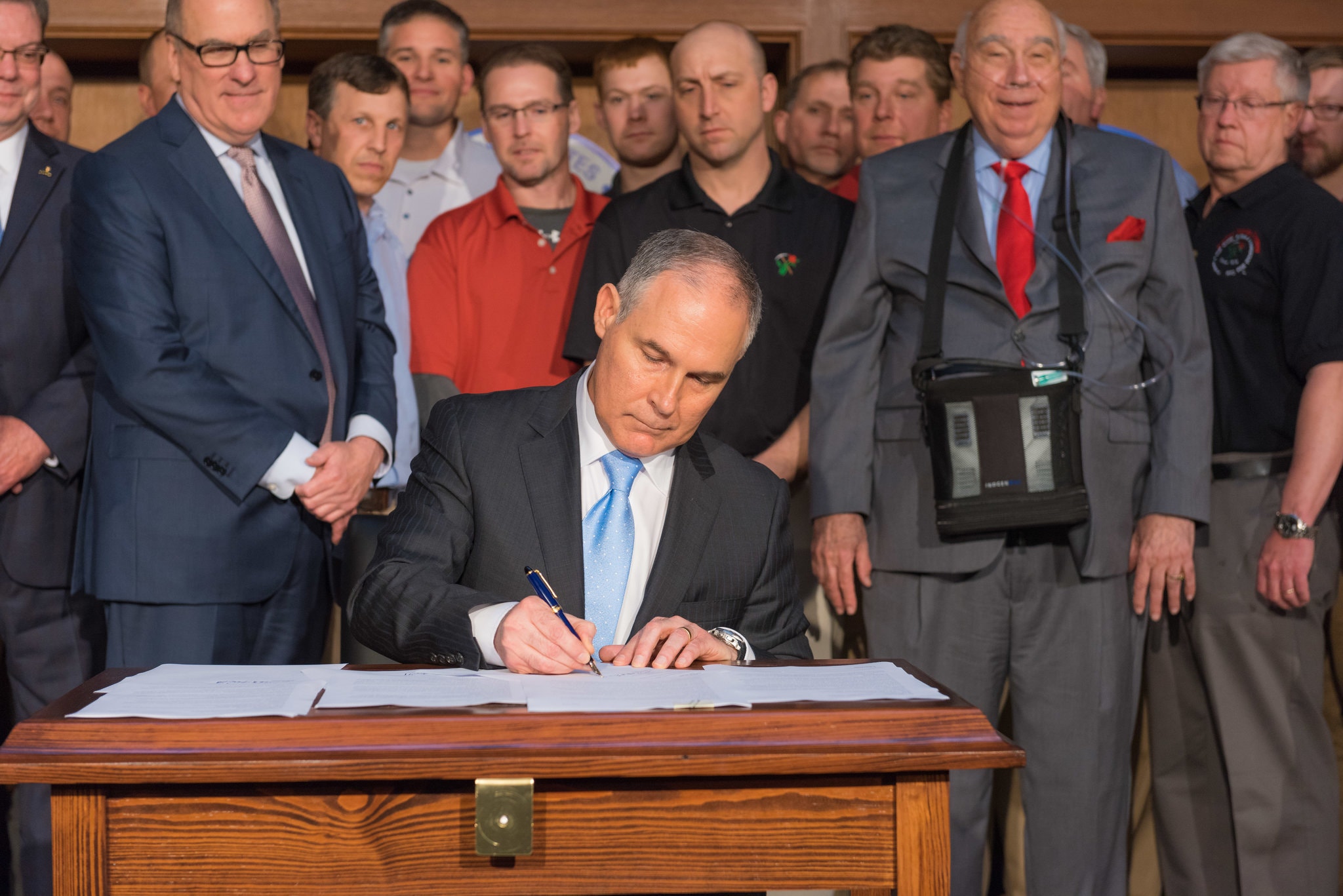 ❝ It was one of the biggest games of the University of Kentucky basketball season, and Scott Pruitt had scored two of the best seats in the arena: a few feet from the action, in a section reserved for season-ticket holders who had donated at least $1 million to the university…

But there was more to the game last December than a superfan experience for Mr. Pruitt and his son, who joined him. They sat in seats belonging to Joseph W. Craft III, a billionaire coal executive who has engaged in an aggressive campaign to reverse the Obama administration’s environmental crackdown on the coal industry. Mr. Craft and his wife donated more than $2 million to support President Trump’s candidacy and inauguration.

❝ A major contributor to Mr. Pruitt’s campaigns in Oklahoma when Mr. Pruitt served in state government, Mr. Craft saw Mr. Pruitt at least seven times during his first 14 months at the E.P.A., agency records and emails show, and they were scheduled to appear together on at least two other occasions. That is more than Mr. Pruitt has met with representatives of any environmental group.

RTFA for more of this corrupt pay-for-play relationship. Not a surprise – though how much more has been hidden will be up honest folk in government to uncover. Presuming there are any remaining after Trump’s spell in the White House.