The 20 ABB fast chargers were installed around the island by the local electric utility, Orka Natturunnar. The network in Iceland is very exciting because the electricity they push out is already 100% renewable, which means another big step toward zero-emissions life in the country.

❝ The new charging network was installed in support of a nationwide push to ramp up electric vehicle adoption that continues to find traction. In 2014, there were only 90 electric vehicles in Iceland compared to more than 6,000 plug-in vehicles in the country of just over 330,00 residents today.

RTFA. If you’ve ever spent time in Iceland none of this will surprise you. Probably the global leader in democratic participation in social processes, Iceland is as much a political gem as a center for natural beauty. 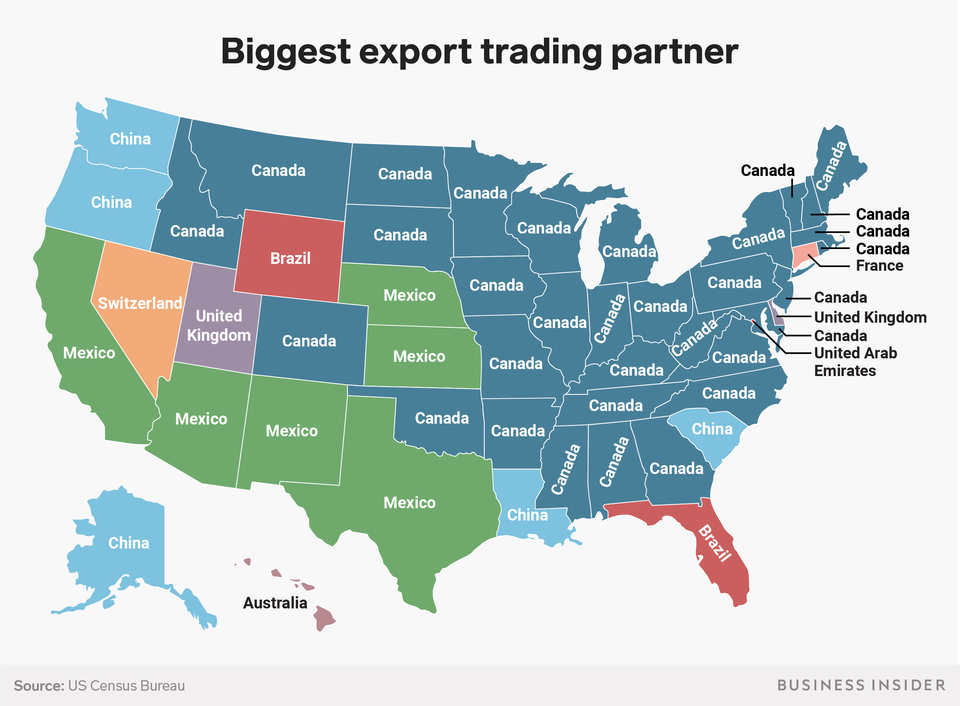 ❝ Canada is one of the US’s largest trade partners, with $673.9 billion worth of goods and services going between the two countries in 2017. Also, contrary to Trump’s attacks, the US maintained an $8.4 billion trade surplus with Canada last year, mostly due to a large advantage in services…

Of the 32 states that count Canada as their biggest export destination, 20 voted for Trump in the 2016 election.

I realize this requires more reflection than “Make America Great Again”. Ignorant may vote stupid and vice versa. It may require further screwing around with the US economy for fiscal pain to manifest in populist households.