Another very hip sign in the London demonstrations against our fake president. 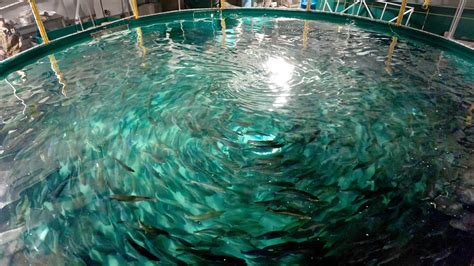 A storm on July 6 damaged nine enclosures at Marine Harvest’s Punta Redonda Center near the southern city of Calbuco, freeing at least 600,000 salmon into the wild, the company said.

Local fishermen are working with Marine Harvest, one of the world’s largest salmon producers, to recover the salmon and had captured about 30,000 by Thursday, the firm said. Under Chilean law, the company has 30 days to recover the fish.

Some of the salmon had been injected with a course of antibiotics that was incomplete at the time of their escape, making them unfit for human consumption and prompting concern by environmental groups that the fish will make it into the food chain too early.

Don’t worry. Be happy! So says Marine Harvest LLC. They probably plug the location into a stock disclaimer of disaster press release. They are – after all – a global giant operating facilities in 25 countries. Think they’re concerned more about the effects of antibiotic-dosed fish loose in the wild or missing profits from the eventual sale of those salmon for a family meal?