Not a silly question. Living in a nation where people willingly pay extra to buy gluten-free cheese, gluten-free nuts, gluten-free water – the naming of commercially available foods is part of Western capitalist religion. 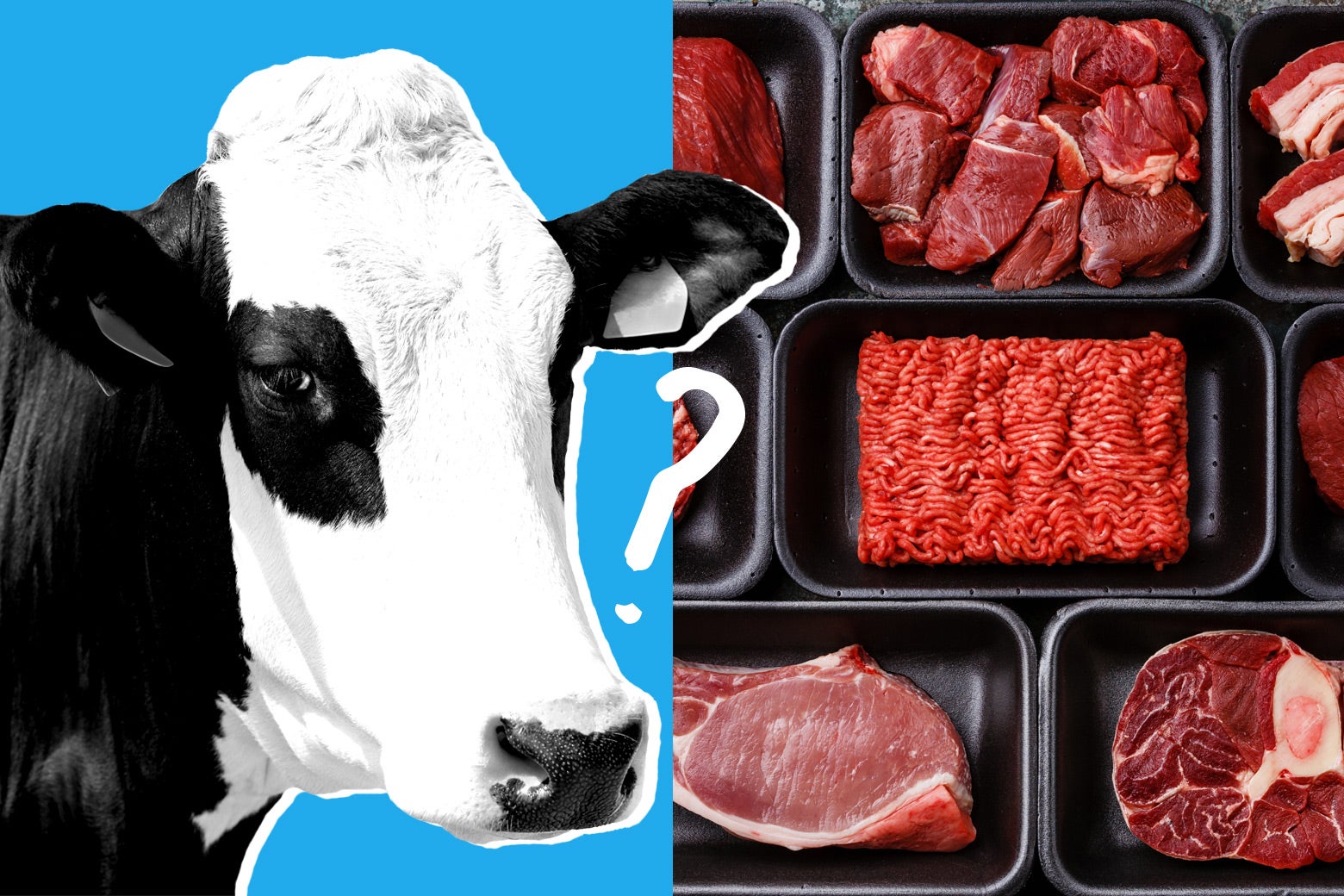 ❝ After centuries of a veritable monopoly, meat might have finally met its match. The challenger arises not from veggie burgers or tofu or seitan, but instead from labs where animal cells are being cultured and grown up into slabs that mimic (or, depending on whom you ask, mirror) meat. It currently goes by many names—in-vitro meat, cultured meat, lab-grown mean, clean meat—and it might soon be vying for a spot in the cold case next to more traditionally made fare. To put it bluntly: the kind that comes from living animals, slaughtered for food.

❝ Cultured-meat manufacturers like Just Inc. and Memphis Meats are hoping to provide consumers with meat that is just like its predecessor, that tastes and looks and feels and smells exactly the same as something you might get in stores today but will be more sustainable. Whether that will turn out to be true won’t be clear for some time. But there’s another, more immediate battle heating up between the cattle industry and these new entrants into the meaty ring. So buckle up and put on your wonkiest hat, because the labeling war is about to begin.

3 thoughts on “Will politicians allow lab-grown meat to be called meat?”