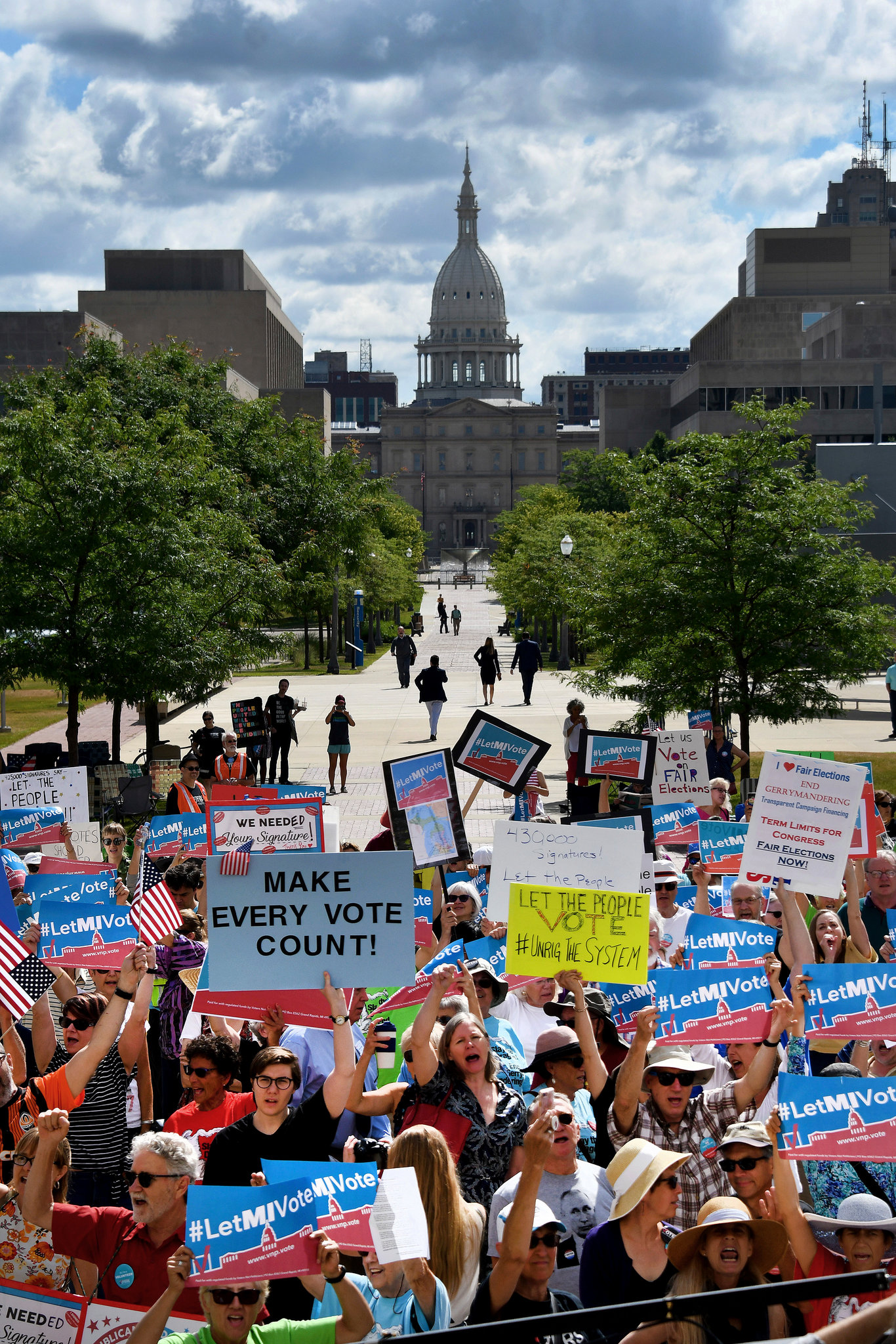 ❝ The movement to take politics out of setting legislative district boundaries seemed to suffer a grievous, and perhaps even mortal, blow this spring when the Supreme Court passed up three chances to declare partisan gerrymandering unconstitutional.

But it turns out that reports of its death are exaggerated. As federal courts dither over how to resolve the issue, activists have begun tackling it state by state at the grass roots.

❝ It is remarkable that five states are holding ballot measures on the issue in a single year; only five had taken them up over the entire preceding decade…

Just as unusual is how little opposition the measures are meeting, at least so far. Beyond Michigan, where the state Chamber of Commerce and the Republican attorney general are trying to block the anti-gerrymandering initiative, organized resistance to the proposals has been scant.

The usual drill in the past only involved upstarts, independents, progressives. Leaders of the two old parties figured they get to take turns screwing over one or another portion of the electorate – keeping themselves in power beyond the acceptance of few accomplishments actually useful to peoples’ needs. Instead of kissing corporate butt.

One thought on “Fight against gerrymandering moves to states”