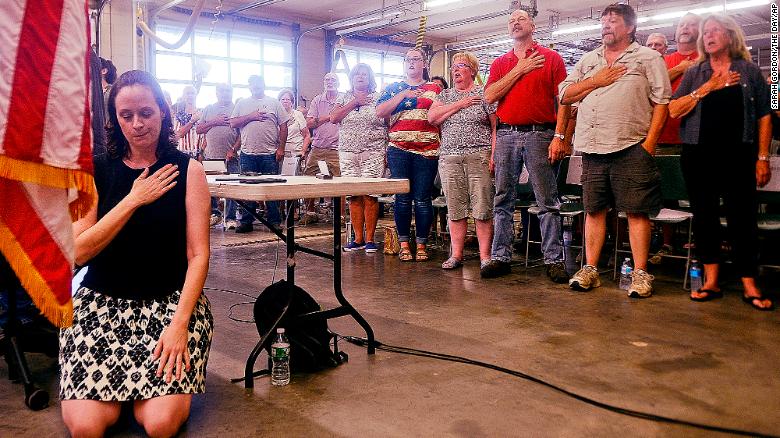 Around the country, people have used kneeling as a form of silent protest. But in the small town of Haddam, Connecticut, where Schlag is a local official, her refusal to stand during the pledge at town meetings has been met with backlash of its own…

❝ What started as a small gesture quickly garnered a lot of attention…But the criticism isn’t stopping her. As long as Trump’s in office, she says she’ll keep kneeling.

“I don’t see anything changing,” she told CNN. “I don’t see me standing up anytime soon.”

Haddam’s in one of the prettier parts of the state. Dunno if the schools there teach anything about Connecticut history; but, Connecticut Yankees were always ready to fight for justice, honesty – fight against tyranny and bigotry. If I still lived back in New England it would be worth driving to Haddam to support her courage.

Absolutely brilliant graphics, information, understanding. One of the ways modern digital life aids and educates us all.

Click the map and go to the article. Great work.