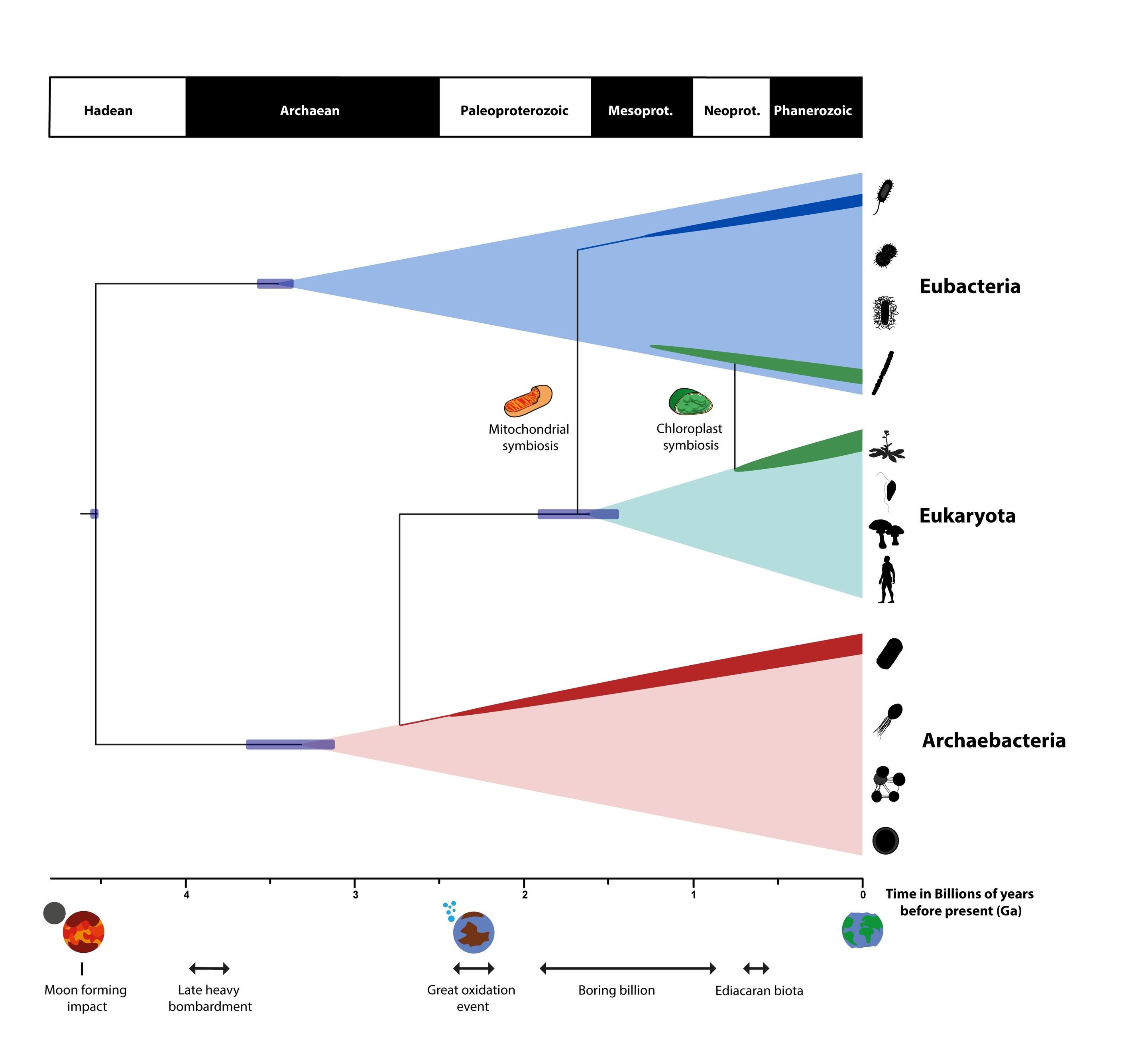 Click to enlarge — Timescale for the evolution of life on Earth

❝ A new study led by scientists from the University of Bristol has used a combination of genomic and fossil data to explain the history of life on Earth, from its origin to the present day.

❝ Palaeontologists have long sought to understand ancient life and the shared evolutionary history of life as a whole.

However, the fossil record of early life is extremely fragmented, and its quality significantly deteriorates further back in time towards the Archaean period, more than 2.5 billion years ago, when the Earth’s crust had cooled enough to allow the formation of continents and the only life forms were microbes.

❝ Dr. Tom Williams, from Bristol’s School of Biological Sciences, said: “Combining fossil and genomic information, we can use an approach called the ‘molecular clock’ which is loosely based on the idea that the number of differences in the genomes of two living species (say a human and a bacterium) are proportional to the time since they shared a common ancestor.”

By making use of this method the team at Bristol and Mark Puttick from the University of Bath were able to derive a timescale for the history of life on Earth that did not rely on the ever-changing age of the oldest accepted fossil evidence of life.

Bravo! I note the frequency of solid science making it into the Web’s version of the popular press from the University of Bristol. Advances, research, divining both the past and future of life and its context regularly appear.