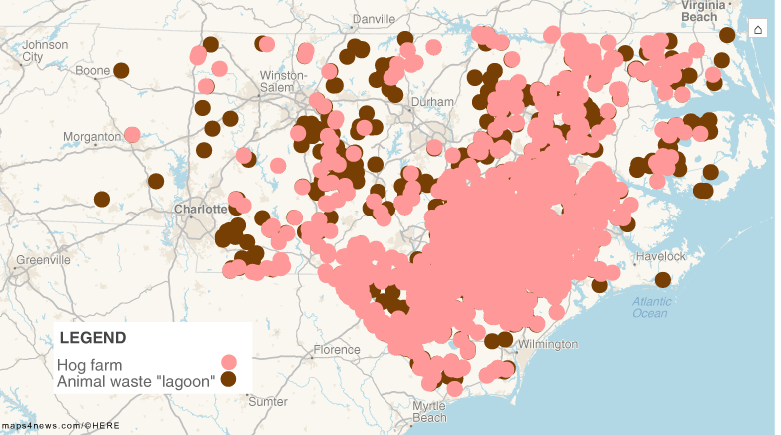 A handful of news outlets are reporting about the danger of coal ash and hog manure spilling into North Carolina’s waterways in the wake of Hurricane Florence. Bloomberg covered the serious environmental and public health risks and the Associated Press warned of a potential “noxious witches’ brew of waste.”

Don’t worry, be happy! Our Fake President is so confident after being reassured by his coal pimp buddies that he relaxed the rules regulating coal ash pits. Before Hurricane Florence arrived.

And the Hog Manure Lagoons? Hey, there’s only 4,000 or so. Not much of a problem if, say, only 5 or 10% of them overflow. Right? Ain’t any Senators or Congress-critters living nearby.