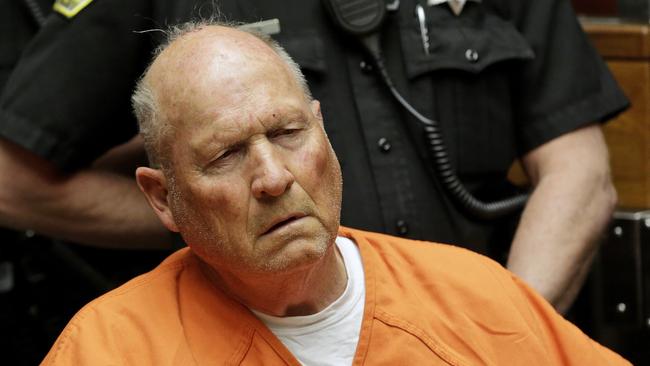 ❝ Everyone’s DNA sequence is unique. But for those who wish to maintain their genetic privacy, it may not be unique enough.

A new study argues that more than half of Americans could be identified by name if all you had to start with was a sample of their DNA and a few basic facts, such as the region where they live and about how old they might be.

❝ One of them is the rise of direct-to-consumer genetic testing. Companies such as Ancestry.com and 23andMe can sequence anyone’s DNA for about $100. All you have to do is provide a sample of saliva and drop it in the mail.

The other essential element is the proliferation of publicly searchable genealogy databases like GEDmatch. Anyone can upload a full genome to these sites and powerful computers will crunch through it, looking for stretches of matching DNA sequences that can be used to build out a family tree.

❝ So far, 72-year-old Joseph James DeAngelo is the most famous person to be identified this way. You may know him better as the suspected Golden State Killer, charged with 13 counts of murder and 13 counts of attempted kidnapping…Since then, at least 13 additional suspected criminals have been identified in the same way…

“When the police caught the Golden State Killer, that was a very good day for humanity,” Columbia University computer scientist Yaniv Erlich said. “The problem is that the very same strategy can be misused.”

I tire of timorous mice who whine about the potential misuse of scientific procedures as if they are automatically destined to be implemented by an evil government. The solution is to regulate governments before they can grow evil, crap governments run by fools, reactionary governments voted into office by the ignorant and fearful.

Want to protect our privacy? Quit electing pimps for corporations which profit from abusing privacy. Get off your rusty dusty and spend a little time and political energy working to guarantee privacy. That won’t come from a line or two of patented code; but, by keeping an eye on the human beings who profit from sleazy government.

❝ Painful sanctions on Iran have demonstrated the long reach of the U.S. Treasury, forcing much of the globe to fall in line and cut oil imports from Iran despite widespread disagreement over the policy. Yet, we are only in the first few chapters of what may ultimately be a long story that ends with the erosion of the power of the U.S. dollar.

The role of the greenback in the international financial system is the reason why the U.S. can prevent much of the world from buying oil from Iran. Oil is traded in dollars, and so much of international commerce is based in dollars. In fact, as much as 88 percent of all foreign exchange trades involve the greenback…

❝ The president of the European Commission, Jean-Claude Juncker, said a few days ago in a speech that the euro should be elevated as a reserve currency in order to break European dependence on the U.S. dollar. Juncker noted that the EU paid for 80 percent of its energy imports in dollars even though only 2 percent of imports come from the U.S. “There’s no logic at all in paying energy imports in dollar not euro…”

Nothing new about imperial powers requiring their currency’s primacy. Take it all the way back to the Roman Empire. Now, folks are not only acting to upgrade two existing reserve currencies to replace the dollar in transactions involving little or no US presence – the Euro and Japan’s Yen – contractors along the dual routes of the Belt and Road Initiative from China to the Netherlands are beginning to pay their bills in China’s RMB, the Renminbi.

Certainly no tidal wave, the process has been considered inevitable by Foreign Exchange traders for a while. The world’s second largest economy is trading globally in a range of currencies; but, it makes as much sense to both sides of most deals to use the currency native to the vendor in the first place.

The backwards ideology of our fake president provides another small nudge in the direction of expanded currencies, reserve and otherwise.

And time takes its toll.