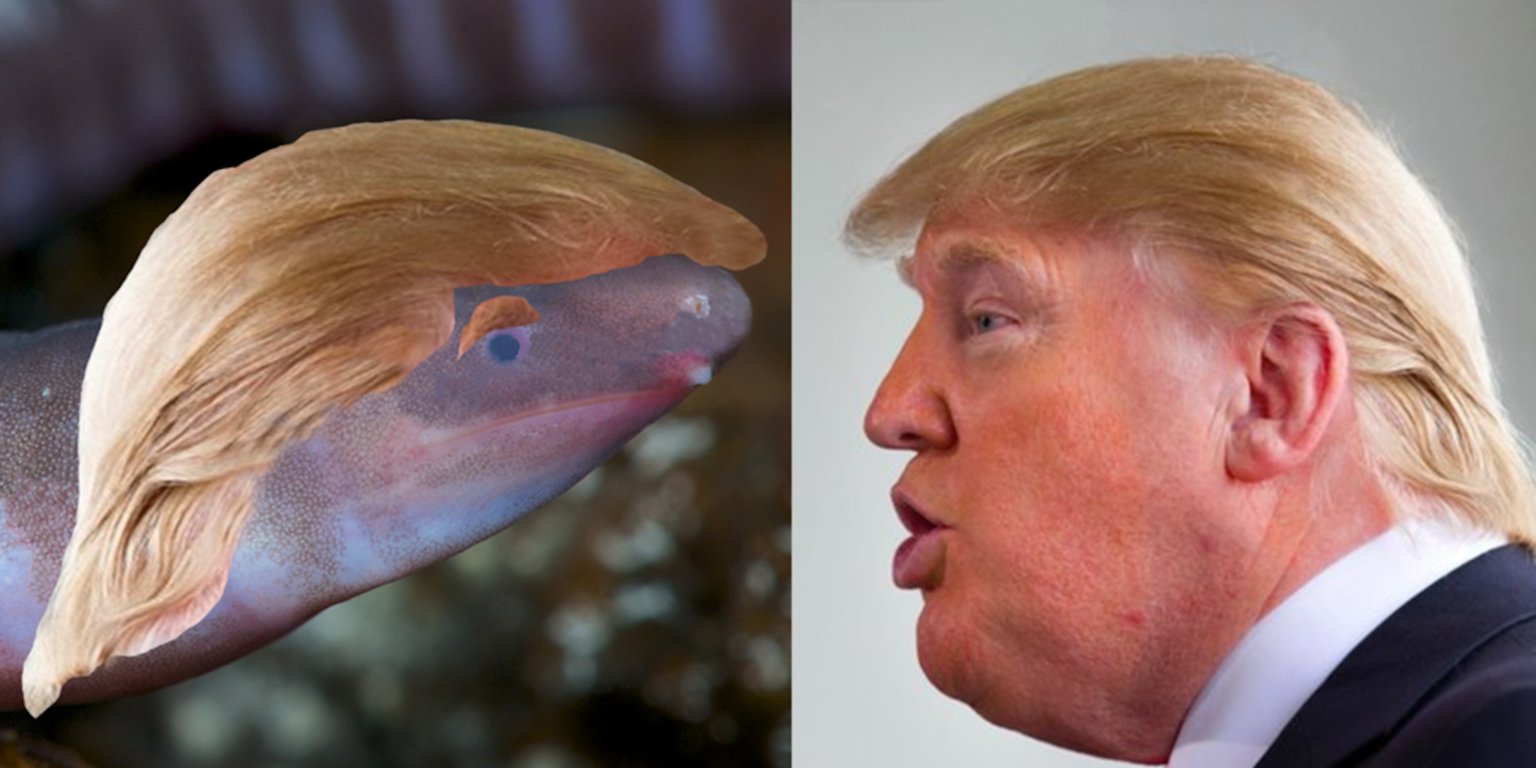 OK, the worm doesn’t have a combover – usually!

❝ A worm-like creature that lives underground was named after President Donald Trump because of his attitude toward climate change.

❝ EnviroBuild, a company that makes sustainable building materials, paid $25,000 to name the limbless amphibian Dermophis donaldtrumpi as part of a fundraiser for the Rainforest Trust, a nonprofit conservation group.

❝ Aidan Bell, EnviroBuild’s cofounder, said in a statement on Tuesday that for Trump, “burrowing” his head underground helps him “when avoiding scientific consensus on anthropogenic climate change” and appointing energy lobbyists to the Environmental Protection Agency, “where their job is to regulate the energy industry.”

I know, I know. Folks at BI added Trump’s hair to the photo of that innocent little amphibian.