A dealership in Rochester, NY had a brand-new, German-built Volkswagen arrive for its pre-sales inspection, and with it came a little message. A message that wasn’t exactly grammatically correct, but the meaning behind it was unmistakable. The message? “Welcome Fuck of USA.”

I’m pretty sure the message-enterer wanted to say “Fuck off USA” instead of “Fuck of USA,” but I think we get the gist either way…I’m pretty sure this message will be changed before any potential customers get a chance to even look at the car.

Unless it’s not the only one.

❝ Monumental shifts were occurring in America during the time that photographer Hugh Mangum was working in North Carolina and the Virginias. It was the height of the Jim Crow era, when the nation was starting to see laws separating whites from blacks. But as a businessman who needed to support his family, Mangum didn’t discriminate between clientele, therefore leaving behind an archive that tells a different story of the segregated South at the turn of the 20th century…

❝ Mangum, I learned, often used a Penny Picture Camera that was designed to allow multiple and distinct exposures on a single glass plate negative. This was ideal for creating inexpensive novelty pictures because it meant multiple subjects could be photographed on a single negative. The order of the images on a single glass plate mirrored the order in which Mangum’s diverse clientele rotated through the studio. Thus, the negatives reasonably represent a day’s work for this gregarious photographer. 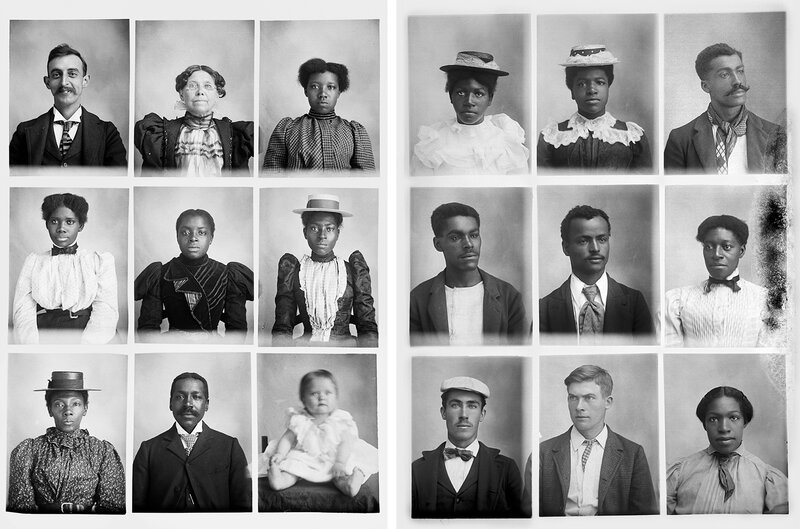 ❝ The vibrancy of black communities building new identities and creating futures in Durham and elsewhere is not lost on Mangum’s negatives. His black clients present themselves as lighthearted, resolute and everything in between. They bring their children to the studio to be photographed, an ode to the hope they have for the lives their sons and daughters will live. Though we don’t know the identity of most of Mangum’s sitters, it’s probable that many of the black men and women pictured were working publicly and privately to establish black agency, independence and community vitality.

All while the two old parties worked their abuse of Constitutional freedoms to rebuild the edifice of bigotry through Jim Crow laws. Methodology, dedication, sleaze and hypocrisy repeated in following decades to support US involvement in colonial wars, populist puppet shows and more.