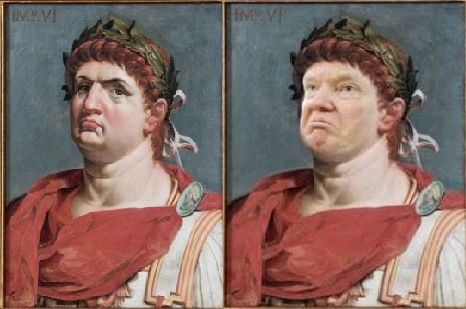 ❝ If you were a Roman citizen around, say, 200 BC, you probably would have assumed Rome was going to last forever.

At the time, Rome was the greatest republic in human history, and its institutions had proven resilient through invasions and all kinds of disasters. But the foundations of Rome started to weaken less than a century later, and by 27 BC the republic had collapsed entirely.

❝ The story of Rome’s fall is both complicated and relatively straightforward: The state became too big and chaotic; the influence of money and private interests corrupted public institutions; and social and economic inequalities became so large that citizens lost faith in the system altogether and gradually fell into the arms of tyrants and demagogues.

This is more than a deja vu moment. The article confronts American greed, corruption, ignorance, bigotry and – did I mention – greed. Read it, please. If your favorite Congress-critter or President is a Trumpublican, you know that they won’t.