❝ As if the total lunar eclipse wasn’t amazing enough, one binocular observer and more than a dozen people with still and video cameras recorded the split-second flash of a probable meteoroid impact on the Moon at the same time.

❝ Amateur astronomer Christian Fröschlin of the Netherlands captured this amazing still image of the impact, which appeared on one of the 9,000 images he made of the eclipse. 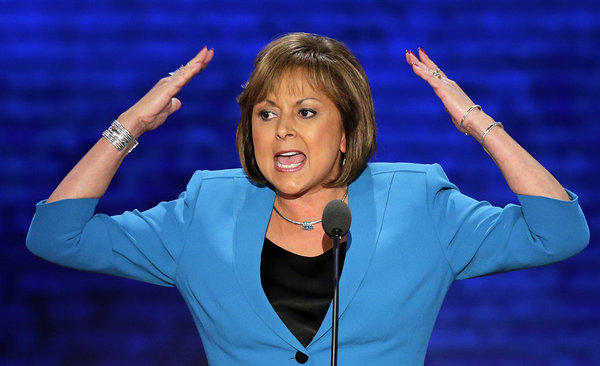 ❝ A bodyguard for former Gov. Susana Martinez says in a new lawsuit that state police officials retaliated against him for raising concerns about misconduct by another member of her security detail, including concerns about the misspending of campaign funds.

New Mexico State Police Officer Tony Fetty claims officials around the governor instead sought to protect her ex-bodyguard, Ruben Maynes, and alleges the two had a personal relationship.

❝ The lawsuit adds to questions other state law enforcement officials have already raised in recent months about why Maynes received a $200,000 out-of-court settlement from the New Mexico government after leaving the governor’s security detail and what relationship, if any, he had with the state’s top elected official and her family…

❝ Fetty says in his lawsuit that colleagues told him Maynes was “protected” — that is, untouchable for political reasons.

The officer says: “Because of the overlapping of Agent Maynes’ personal life and frequency of non-professional concerns expressed by Gov. Martinez about Maynes, it became clear … that there was a personal relationship between Gov. Martinez and Agent Maynes.”

Surely, you didn’t think salacious tales of sex and corruption were limited to federal officials in Washington, DC.