This is my favorite on-the-job story of the week. 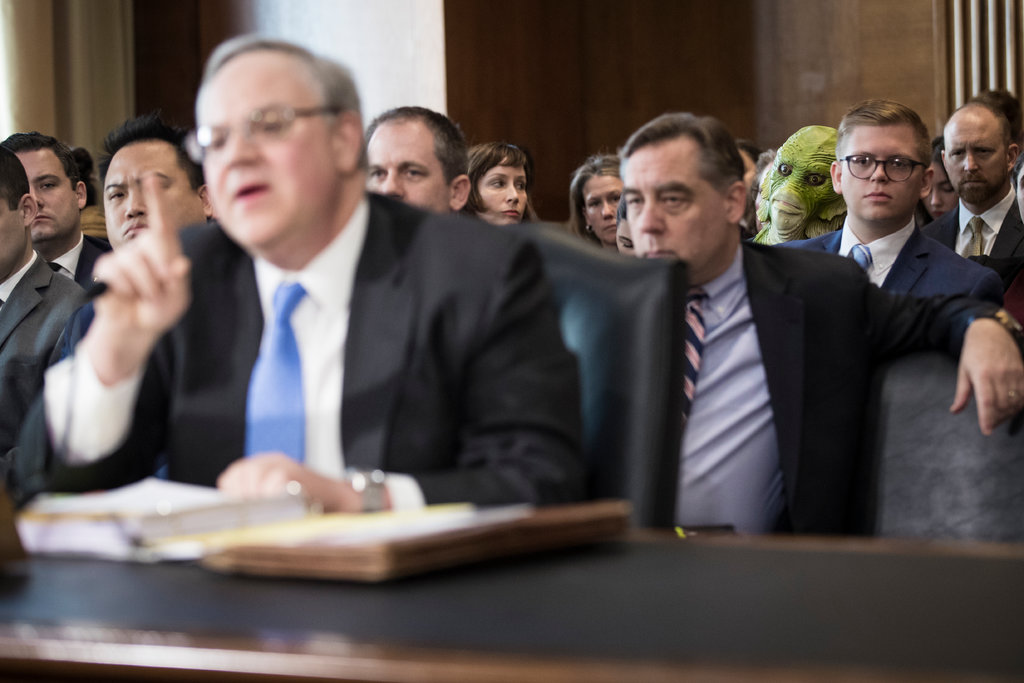 EVERYONE showed up to protest this creep! — Sarah Silbiger/NY Times

❝ After years of effort, scientists at the Fish and Wildlife Service had a moment of celebration as they wrapped up a comprehensive analysis of the threat that three widely used pesticides present to hundreds of endangered species, like the kit fox and the seaside sparrow…

Their analysis found that two of the pesticides, malathion and chlorpyrifos, were so toxic that they “jeopardize the continued existence” of more than 1,200 endangered birds, fish and other animals and plants, a conclusion that could lead to tighter restrictions on use of the chemicals.

❝ But just before the team planned to make its findings public in November 2017, something unexpected happened: Top political appointees of the Interior Department, which oversees the Fish and Wildlife Service, blocked the release and set in motion a new process intended to apply a much narrower standard to determine the risks from the pesticides.

❝ Leading that intervention was David Bernhardt, then the deputy secretary of the interior and a former lobbyist and oil-industry lawyer. In October 2017, he abruptly summoned staff members to the first of a rapid series of meetings in which the Fish and Wildlife Service was directed to take the new approach, one that pesticide makers and users had lobbied intensively to promote.

Now, this creep is the Fake President’s nominee to head the Dept. of Interior. He’s already been the fox in the henhouse. Now, Trump wants to put him in charge of killing off everything outside the henhouse – including endangered foxes.