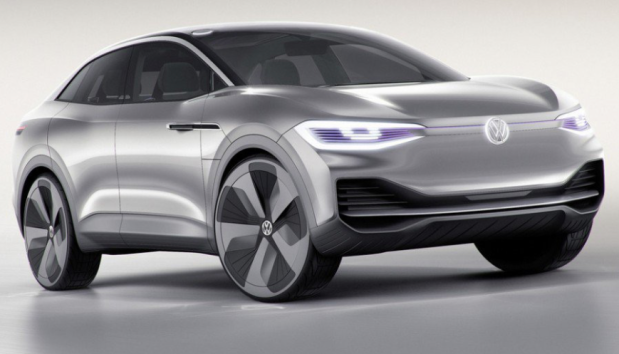 ❝ Volkswagen is arguably the legacy automaker most committed to electric vehicles and this week, it gave a rare nod to a competitor, Tesla, for “‘proving electric cars are here to stay.”

Scott Keogh, the CEO of Volkswagen in the US, made the comment at the National Automobile Dealers Association…

❝ Two years ago, when he was the head of Audi in America, he told dealerships to get behind electric vehicles because they will dominate the market within 10 years…

Now the head of Volkswagen in America, he told the same audience this week that they are going electric…“Even if it’s 10 percent of the market, we want to pursue it,”

❝ He also acknowledged the success of the Tesla Model 3 and said:

“We have not seen in the history of the auto business, a company going from zero to fourth place in luxury in a matter of a few years.”

Yes, yes, I know there are birdbrains who still think this will never happen. Probably the same crowd that think our fake president is “draining the swamp” when all he’s doing is siphoning money and putting some of the worst fascist-minded reactionaries in history into lifetime judge’s robes.

Attorney General William Barr invited the press to ask him questions Thursday morning about the Mueller report. The final question got to the heart of the problem: Reporters didn’t get to read the report first.

“Do you think it creates an appearance of impropriety for you to come out and sort of, what appears to be spinning the report before the public gets a chance to read it?” Ryan Reilly of HuffPost asked, referring to the decision the Trump administration made to hold a news conference about the Mueller report before it was even released to Congress for review.

“No,” Barr replied curtly. He then walked away, ending the news conference.

When you have a job description for someone to be political pimp for a fake president this is, after all, what you get.