❝ Earlier this year, Carter sent Trump a letter with some advice about managing the U.S.-China relationship. Carter oversaw the normalization of diplomatic relations between the two countries 40 years ago.

On Saturday evening, Trump called Carter to talk about it. It was the first time they’d spoken, Carter said. He said Trump told him that he is particularly concerned about how China is “getting ahead of us…”

❝ Carter said he agreed with Trump on this issue.

“And do you know why?” Carter said. “I normalized diplomatic relations with China in 1979. Since 1979, do you know how many times China has been at war with anybody? None. And we have stayed at war,” he said…

❝ Carter said the United States is “the most warlike nation in the history of the world” due to a desire to impose American values on other countries, and he suggested that China is investing its resources into projects such as high-speed railroads instead of defense spending.

If you read up on uses for a national military, China follows an old model where the military is truly constituted for national service. That primarily means damage control and service to communities hit by natural disasters. Enough of those to go around to keep any standing forces occupied. Plus actual defense.

The wasted money in some quarters is viewed as production of non-consumable goods to aid our economy. A subsidy without calling it such. The Cold War took care of motivation for politicians who got subsidized industries and employment in their districts. Little or no inflation resulted from the subsidies because consumer goods don’t really include tanks or aircraft carriers.

❝ Jamario Howard was sitting with his friends Jamychol and Tae at a barbecue joint in Oxford, Alabama, waiting for food, when he noticed an elderly woman sitting alone.

“My first thought was ‘dang I’d hate to have to eat alone,'” he told CNN. So he went over and asked her if he could sit with her.

❝ The woman said yes, and after they talked for a while Howard found out she had lost her husband and the day after would have been their 60th anniversary.

“I instantly gave my condolences and asked her to come eat with us,” Howard said. “She was excited to do so.”

❝ Howard shared a picture of the heartwarming moment, which happened April 18, on Facebook. It went viral with more than 44,000 shares.

RTFA for details and commentary. I imagine, I hope, my reaction isn’t out of the ordinary. The spirit of good will is still alive and well among ordinary folks in this land. Regardless of what we feel about the corrupt and self-serving example set by our fake president and the political class he represents. 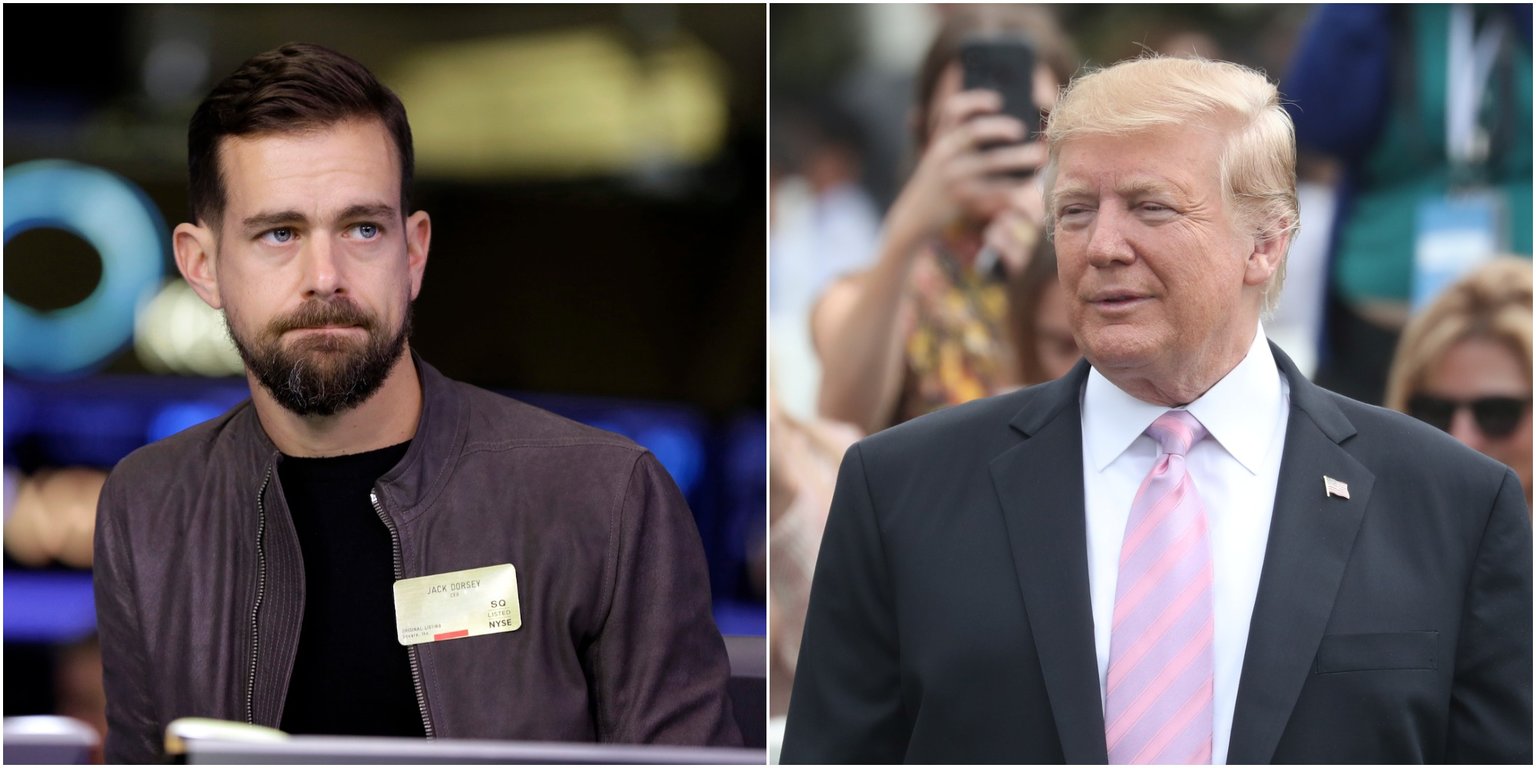 ❝ Trump has long claimed without evidence that the largest social-media services are politically biased against conservatives.

Earlier Tuesday, he tweeted that his follower count would be “much higher” than 100 million if Twitter “wasn’t playing their political games.” He added that Congress should intervene.

“They don’t treat me well as a Republican,” Trump said. “Very discriminatory.”

He’s lucky they don’t just settle for treating him as the village idiot. With a lot of people who follow around idiots because they believe idiot blather and lies.

And Dorsey? Well, someone has to explain to the kiddies when they get old enough – about the Tooth Fairy.