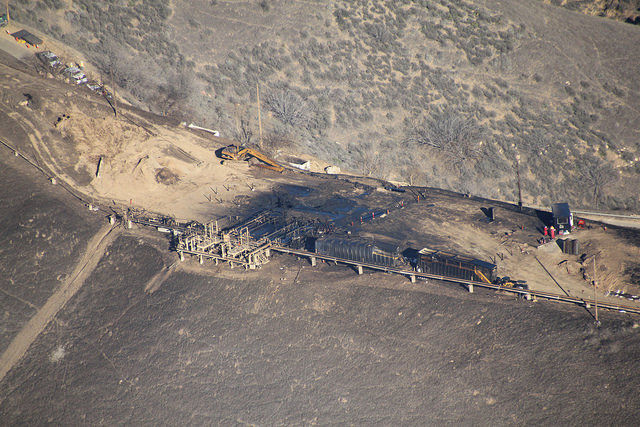 ❝ A massive natural gas leak at a storage facility in Southern California was caused by microbial corrosion of well equipment, according to a new independent report from analysis firm Blade Energy Partners. The report blames the storage facility owner, Southern California Gas (SoCalGas) for failing to conduct follow-up inspections of equipment, despite knowing about 60 smaller leaks at the facility that had occurred since the 1970s…

❝ The indirect cause of the leak, according to Blade, was a failure on the part of SoCal Gas to conduct detailed inspections of the well equipment. “Blade identified more than 60 casing leaks at Aliso Canyon before the October 2015 incident going back to the 1970s, but no failure investigations were conducted by SoCalGas,” the CPUC wrote. The company also failed to do any risk assessment focused on well failure.

Hey, just another corporate partner in the vast “Who, me?” network of do-nothing that might slow profits.