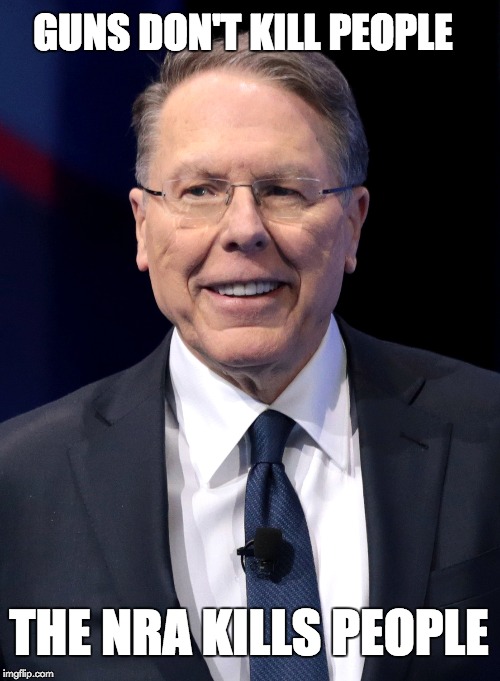 ❝ The National Rifle Association was already reeling from leadership shakeups and allegations of financial mismanagement when it dropped another bombshell.

The NRA accused Chris Cox — the man who had controlled the organization’s lobbying and political activities for more than 15 years — of trying to overthrow Chief Executive Wayne LaPierre, according to a lawsuit filed last month.

❝ Cox denied the charge to The New York Times, but quickly resigned. His unceremonious sacking stunned NRA board members, who saw Cox as a potential successor to LaPierre, and infuriated political staffers. Some started packing up their desks, unsure of whether they would be ousted too, multiple NRA sources said.

That’s when the Washington power brokers really started to worry. Cox’s departure, after months of turmoil at the NRA, only amplified the sense that the gun-rights group might not be the political powerhouse in 2020 that it has been for decades, including notably in 2016.

RTFA if you wish to catch up on details that sound like a very bad soap opera from the 1950’s. Which is where most NRA political ideology comes from.