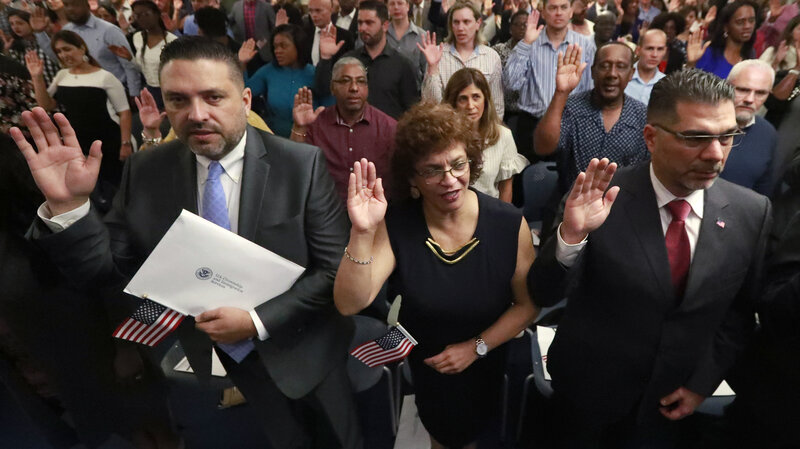 ❝ The Trump administration is planning changes to the U.S. citizenship test. The U.S. Citizenship and Immigration Services says it is revising the test to ensure that “it continues to serve as an accurate measure of a naturalization applicant’s civics knowledge.”…

❝ Since assuming office, President Trump has attempted to implement broad changes to U.S. immigration laws and policies. Last week, the Trump administration announced a new rule requiring asylum-seekers to first apply for asylum in at least one country they pass through on their journey to the U.S.

…Trump [also has] announced he “would sign an executive order to obtain data about the U.S. citizenship and noncitizenship status of everyone living in the United States.”

When the GOP pimps for Trump complete the details of his “updated” test, you know damned well who should be the first person they try it out on. The Fake President himself.