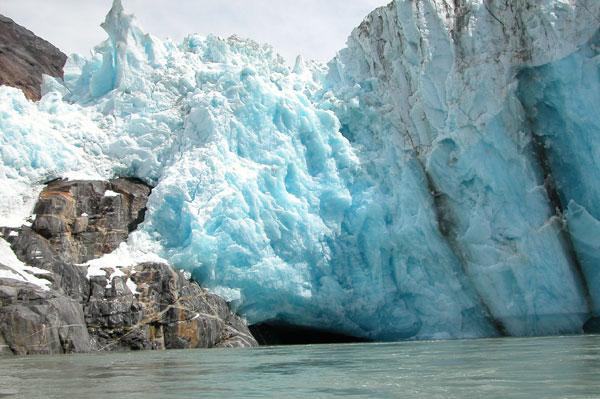 ❝ Underwater melting of tidewater glaciers is occurring much faster than previously thought, according to a new study by researchers at Rutgers and the University of Oregon.

The findings, which could lead to improved forecasting of climate-driven sea level rise, are based on a new method developed by the researchers that for the first time directly measures the submarine melting of tidewater glaciers.

❝ The study appears in the July 26 issue of the journal Science.

❝ “We found that melt rates are significantly higher than expected across the whole underwater face of the glacier — in some places 100 times higher than theory would predict,” [study co-author Rebecca] Jackson said.

Out of sight, out of your mind – if you don’t include it all in your analysis.