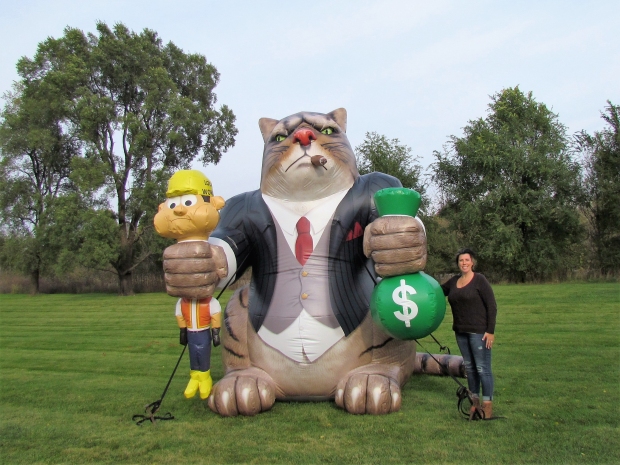 You can actually rent this warm-hearted Republican along with some of his rodent buddies.

Ain’t nothing like testing new weapons on living targets, eh?

❝ Microphone in hand, Ohio Gov. Mike DeWine (R) had just finished remarking on the size of the crowd that was crammed tightly into the brick-covered main street of the Oregon District in Dayton, Ohio, on Sunday night when a single voice rang out.

“Do something!” the person shouted. Seconds later, another voice echoed the demand. Others quickly joined in, “Do something!” they yelled. Their cries grew louder with each iteration until what started as just a smattering of voices had morphed into a deafening chant that reverberated around the historic street near where nine people were killed and 27 injured in the weekend’s second mass shooting early Sunday morning.

❝ The impassioned chanting, which interrupted Sunday’s vigil in Dayton, went viral on social media and represents yet another manifestation of the public’s frustration with elected officials in the wake of back-to-back massacres carried out by people armed with assault-type weapons…

Here are the gun control bills that the Republican-controlled Senate has not taken up under McConnell:

The first major gun control bill that the House passed in over two decades, H.R. 8 would require universal background checks and close the loopholes for buyers at gun shows and private sellers online. It passed in February 240-190 in a mostly party-line vote, with eight Republicans joining almost every Democrat to vote for the bill…

This bill would extend the current background check review period from three days to ten. It’s being sponsored by Rep. Jim Clyburn, a South Carolina Democrat who also serves as the House Majority Whip. The bill also passed 240-190.

Read ’em and weep for the survivors, their families…the victims of Republicans stopping any vote on useful gun regulation.