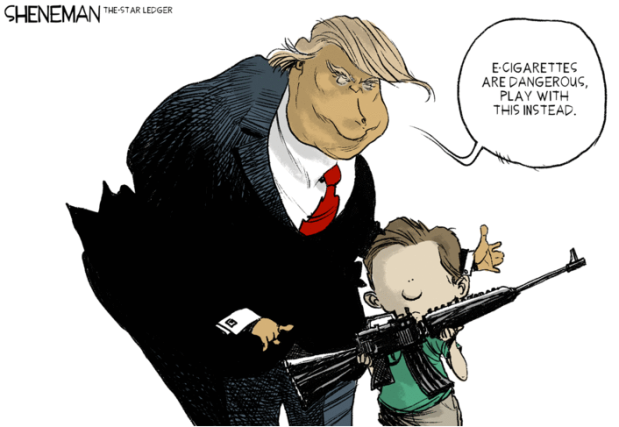 It was not clear how badly damaged the facilities were, but shutting them down for more than a few days would disrupt world oil supplies. Between them, the two centers can process 8.45 million barrels of crude oil a day, amounting to the vast majority of the production in Saudi Arabia, which produces almost one-tenth of the world’s crude oil…

❝ The difference in resources available to the attacker and the victim could hardly have been greater, illustrating how David-and-Goliath style attacks using cheap drones are adding a new layer of volatility to the Middle East.

Such attacks not only damage vital economic infrastructure, they increase security costs and spread fear — yet they are remarkably cheap. The drones used in Saturday’s attack may have cost $15,000 or less to build, said Wim Zwijnenburg, a senior researcher on drones at PAX, a Dutch peace organization.

The Global Military-Industrial Complex still hasn’t learned crap about guerrilla warfare. Sure, the Pentagon and their peers know how to spend taxpayer dollars by the bucketload. They’re mostly backed up by political hacks who still think the best solution to civilized inequity is to resolve disquiet and resentment with weapons ranging from bullets to bombs. Nothing cheap of course. No self-respecting graduate of West Point would be found killing significant populations without delivery systems costing million$.

RTFA. Maximum cost per each of these drones was about $15,000. A third of the price of the average new pickup truck bought in the GOUSA.

❝ The Environmental Protection Agency is set Thursday to announce the repeal of the Obama-era Waters of the United States rule that extended federal authority and protections to streams and wetlands, according to a source familiar with the details of the announcement.

The announcement took place at the National Association of Manufacturers, a trade group in Washington, DC, that has lobbied against the Obama rule and whose legal arm previously sued to block it.

Just another Trumpublican lie. Anyone surprised?