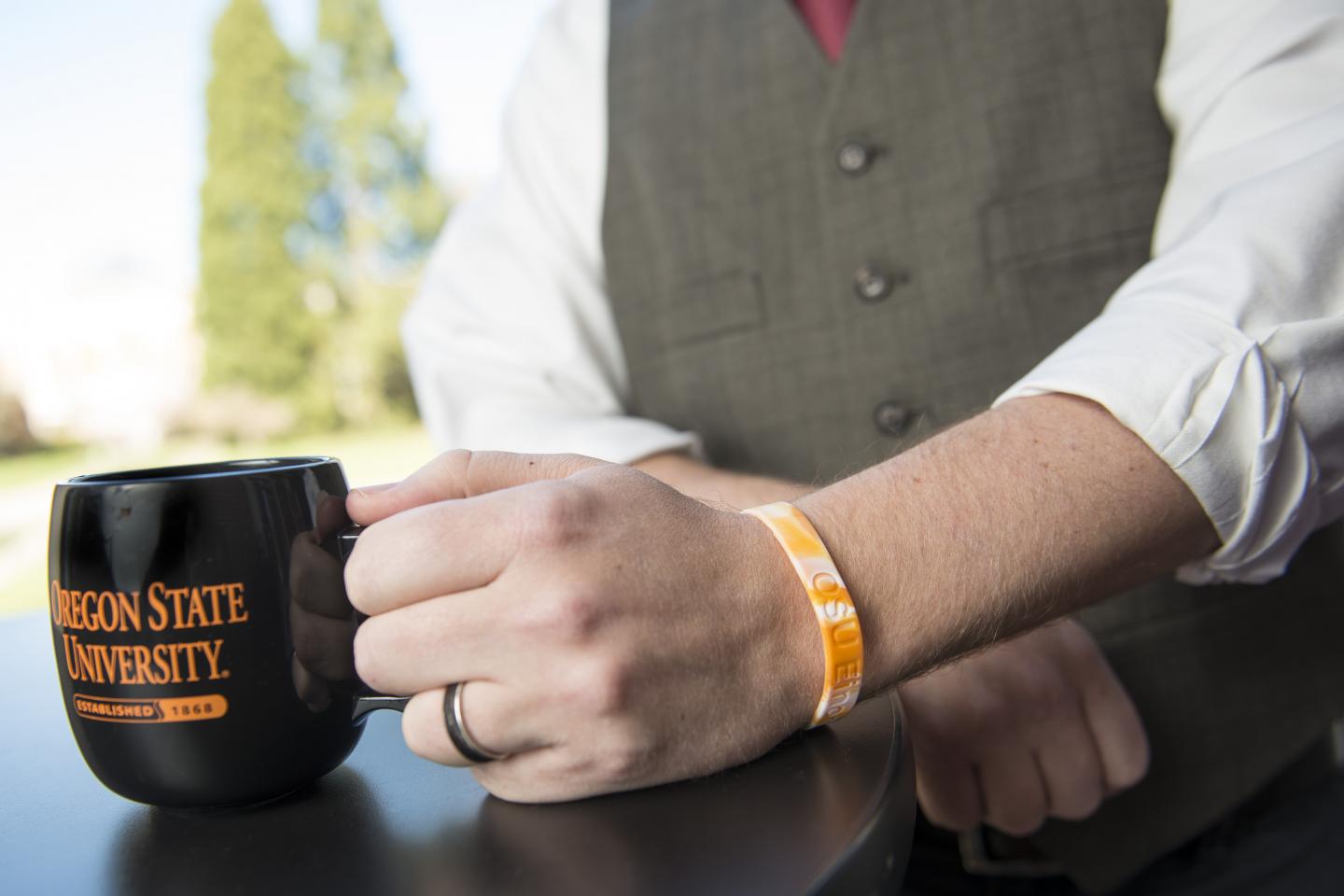 ❝ Scientists at Oregon State University may have proven how much people love coffee, tea, chocolate, soda and energy drinks as they validated their new method for studying how different drugs interact in the body.

In conducting mass spectrometry research, Richard van Breemen and Luying Chen worked with various biomedical suppliers to purchase 18 batches of supposedly pure human blood serum pooled from multiple donors…All 18 batches tested positive for caffeine. Also, in many of the samples the researchers found traces of cough medicine and an anti-anxiety drug. The findings point to the potential for contaminated blood transfusions, and also suggest that blood used in research isn’t necessarily pure.

❝ “From a ‘contamination’ standpoint, caffeine is not a big worry for patients, though it may be a commentary on current society,” said Chen, a Ph.D. student. “But the other drugs being in there could be an issue for patients, as well as posing a problem for those of us doing this type of research because it’s hard to get clean blood samples.”

I keep an eye on nutrition and health studies – and being a lifelong coffee drinker that’s one of the substances I track. I even quit drinking coffee for a few years after a scary preliminary study – eventually disproven – from a solid medical source rolled out too many threats to rationalize.

Take it far enough back and I have spent a fair piece of time with honest conservatives – a contradiction in terms for today’s Republicans – I participated in a few political actions with conservative friends who’d supported my own activities confronting American racism and more. Including being a founding member of the Young Republicans chapter in my home town BITD.

Cycle back to the 21st Century and ask anyone who says they’re a “traditional American conservative” if they’re a registered Republican. If they say, “yes” – then they spend more than tolerable time in their political life playing at “Let’s pretend I’m not a hypocrite!”

Smell that? Those are blocks of dried horse dung…

❝ AT&T will soon offer 5G mobile service on its 850MHz spectrum, which will enable wider coverage than existing 5G networks but offer only 4G-like speeds at launch. Significant speed increases will arrive in 2020, AT&T says.

❝ The 5G networks already deployed by carriers use millimeter-wave signals that don’t travel far and are easily blocked by walls and other obstacles. This has resulted in coverage maps with small pockets of 5G, and 4G just about everywhere else.

But 5G can work on all frequencies, such as the lower-band frequencies used by 4G. There isn’t as much spectrum available on these bands, so you won’t see anything like the huge speed increases available on millimeter-wave spectrum. But 5G on low-band spectrum will cover wider areas and indoor spaces and hopefully bring some speed increases—Verizon says 5G on the lower bands will be like “good 4G.”

Golly gee, gang. So, what we have to look forward to is “new and improved” crap hardware that finally delivers what the old crap hardware promised.

Anyone wonder if we’ll be charged for the “improvement“.