The nation can count on the veil drawn aside from the discrete racism, homophobia, all the private bigotries of American conservatives and today’s Republican Party. 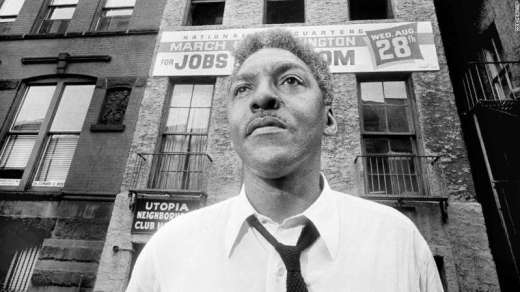 That January night in 1953, Rustin was having sex with another man in a parked car in Pasadena, California. He was jailed on a “morals charge,” and served about two months in jail. The offense landed him on the sex offender list.

The charge cost him jobs, and though Rustin didn’t necessarily hide his sexuality, it was used against him. Former Sen. Strom Thurmond, a segregationist, read Rustin’s arrest record on the Senate floor and used it to delegitimize the civil rights movement, calling him a “pervert.

“If that wasn’t enough, the record was reportedly supplied to Thurmond by J. Edgar Hoover, who at the time was the director of the FBI.

Now, California lawmakers are attempting to right the wrong.

RTFA for a sense of what needs to be done.

What the article doesn’t confront is the range of opposition this simple act will encounter. Please, don’t be naive and think that pulling at the thread of bigotry tied to American conservatism will only release a modicum of honesty and justice for Bayard Rustin. The stink of racism and homophobia within the minds and lives of America’s rightwing heart is only disguised, diminished in its perception – not its roots and persistence.

The European Space Agency recently released an image of the red planet’s north polar region and its stunning ice caps…The image, taken by the Mars Express orbiter, highlights some of the natural processes that shape the planet’s surface…

Scientists think that this unique pattern is formed by katabatic winds, that carry higher-density air to lower elevations. On Mars, these winds ferry cold, dense air from the regions’ glaciers down to lower elevations containing valleys and depressions…At the same time, Mars is rotating (just like the Earth) creating another cool phenomenon called the coriolis effect, which manifests as the spiral pattern we see in the image.

Enjoy this brief article. Commenters seem agreed Elon Musk will get folks there sooner than NASA. Even with an administration [sooner or later] that understands science better than one relying on bigotry and ignorance to operate.