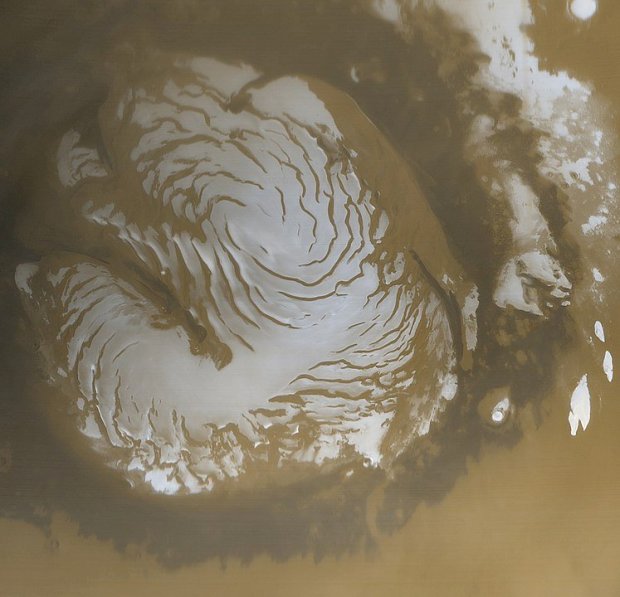 The European Space Agency recently released an image of the red planet’s north polar region and its stunning ice caps…The image, taken by the Mars Express orbiter, highlights some of the natural processes that shape the planet’s surface…

Scientists think that this unique pattern is formed by katabatic winds, that carry higher-density air to lower elevations. On Mars, these winds ferry cold, dense air from the regions’ glaciers down to lower elevations containing valleys and depressions…At the same time, Mars is rotating (just like the Earth) creating another cool phenomenon called the coriolis effect, which manifests as the spiral pattern we see in the image.

Enjoy this brief article. Commenters seem agreed Elon Musk will get folks there sooner than NASA. Even with an administration [sooner or later] that understands science better than one relying on bigotry and ignorance to operate.