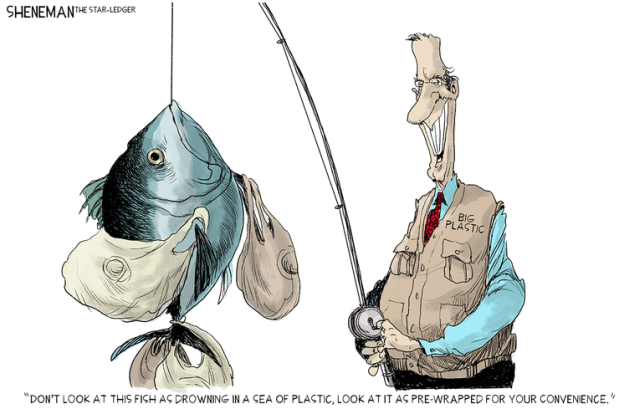 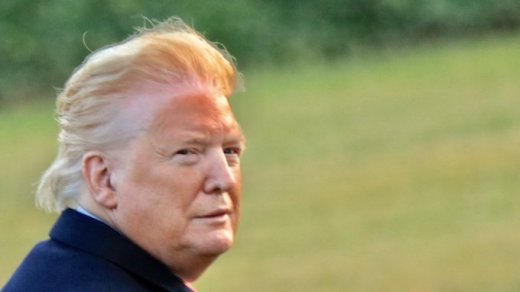 Over the weekend, a tweeted photo of President Donald Trump made the social media rounds. In it, Trump is captured walking on the South Lawn of the White House grounds on Friday.

Now, Friday was a very windy day in Washington as a front blew through and the temperature dropped from the 60s in the morning to the 30s in the afternoon. That wind blew the President’s hair backward on his head as the photo was taken — and revealed what appeared to be a dark layer of make-up (or self tanner) around Trump’s face and abruptly ending at his jawline. Dark and then, suddenly, stark white.

“More Fake News,” he [Trump] wrote about the picture… 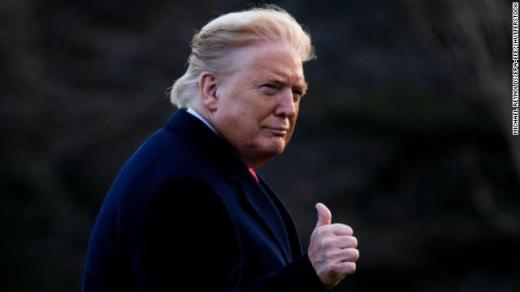 Here’s what we do know from looking at the Reynolds image: Trump’s face is two different shades. Is it heavy makeup? Is it a tan?

The Fake President’s handlers have a few choices. None wish to admit to ManTan vanity. Least of all the Phony-in-Chief. 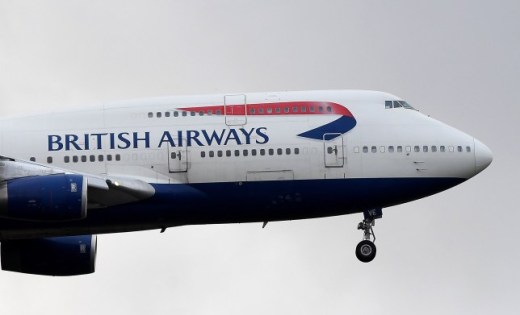 As hurricane force winds of 90mph batter the UK, bringing travel misery and power cuts for millions, the weather has helped one plane set a new record.

While many faced flight cancellations because of Storm Ciara, BA flight 112 too just four hours and 56 minutes to complete a flight from New York to London late on Saturday evening, reaching speeds of up to 800mph…

It means the flight is likely to have broken the fastest-ever subsonic New York to London crossing time, smashing the previous record set by Norwegian Airways which took five hours and 13 minutes in January 2018…