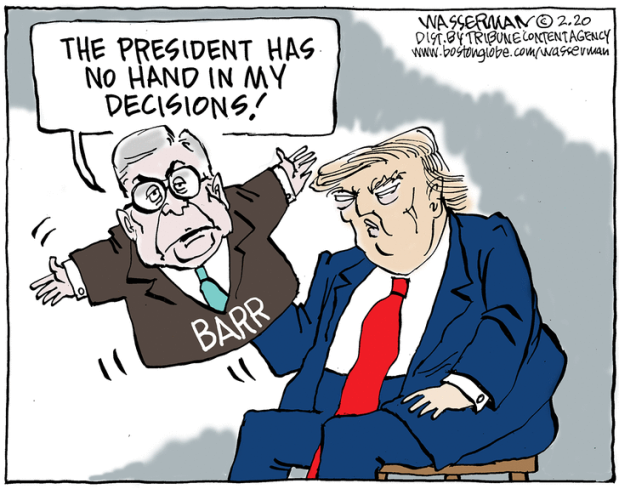 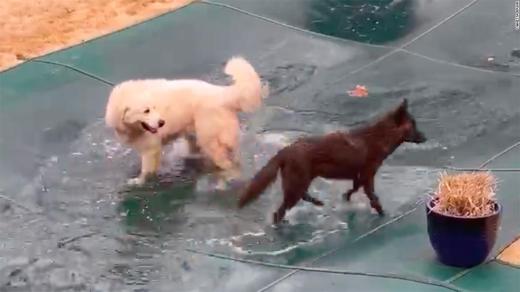 Click through to the article and enjoy the video

Every day for a week, the strange, happy visitor would drop to play with her Great Pyrenees. She thought Ruth Bader, the dog, had made a new dog companion. Nope, it was a coyote. And the animal was on the lam.

Researchers with the Atlanta Coyote Project told Vanessa Prior, Ruth Bader’s human, that they had been trying to track down the rare, black coyote for over a month. It had been spotted around the Smyrna and Vinings, Georgia, areas playing with neighborhood dogs…

“It was very friendly,” co-founder of the Atlanta Coyote Project Christopher Mowry told CNN. “It was following people to try to play with their dogs while they were walking them.”

The group, which is made up of scientists devoted to learning more about coyotes living in the Atlanta area, first attempted to find the animal when people started to get a little freaked out by it coming too close for comfort.

They figured it was best for everyone — people, dogs, coyote — to move the animal to a safer place. 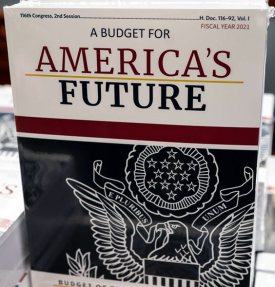 The Trump administration recently released its budget blueprint for the 2021 fiscal year, the first steps in the complex budgetary process…

However, budget drafts by presidential administrations are not meaningless pages of paper. They are important policy documents highlighting goals, priorities and visions for the future of the country.

As a health policy expert, I find the vision brought forward by the Trump administration deeply concerning. Cuts to virtually all important health-related programs bode ill for nations future. To make things worse, ancillary programs that are crucial for good health are also on the chopping block. To be sure, most of the proposed damage will find it hard to pass muster with Congress. Yet given the nation’s ever-growing debt Congress may soon be amenable to rolling back the nation’s health safety net…

To no one’s surprise, some of the biggest cuts in the proposed budget focus on health care programs. The budget document uses a number of terms to disguise its true intentions. Yet a closer look indicates that terms like “rightsizing government,” “advancing the President’s health reform vision,” “modernizing Medicaid and the Children’s Health Insurance Program,” and “reforming welfare programs” all come down to the same end result: cuts to the safety net.

One of the main targets remains the Affordable Care Act, or ACA. In 2017, after several failed attempts to repeal and replace the ACA, the Trump administration has scaled back its open hostility. Instead of asking directly to repeal the ACA, this year’s budget proposal calls for initiatives to “advance the president’s health reform vision,” by cutting more than half a trillion dollars from the budget.

First off, RTFA. The point of posting the opening bits and pieces articles I found relevant to healthful and [more or less] sane living is to give you an idea of the content I found useful. You may not. Your choice.

Second, time to mention this comes from one of my favorite new sources, The Conversation. A newsletter that addresses damned near everything that tempts intellectual curiosity.