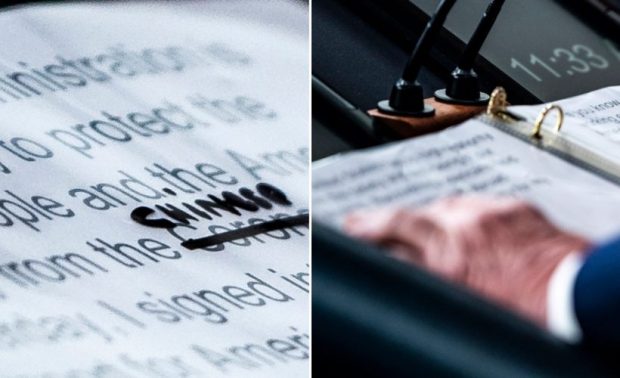 When Pam Mundus and a friend landed in Milan for a weeklong vacation on Feb. 23, uniformed airport workers in face masks, attempting to contain the spread of the new coronavirus, took their temperatures.

But when Ms. Mundus returned home on a direct flight from Rome to New York’s John F. Kennedy Airport on March 1, no one questioned her about her time in Italy or whether she might have been exposed to the illness. At that stage, the State Department had already urged Americans to reconsider travel to Italy; there were at least 1,500 cases there and 34 deaths related to the coronavirus by then.

“The only question we were asked was, ‘Have you been to China?’” Ms. Mundus, 62, said in a phone interview from her home on eastern Long Island, where she has been in self-quarantine since her return…

But several experts say the experience of Ms. Mundus shows the limited effectiveness of the administration’s travel restrictions, which followed outbreaks in affected countries by days or weeks. The administration never even imposed restrictions on passengers who had been to South Korea, which also faced a large outbreak.

And the restrictions applied only to foreign citizens, despite the fact that the virus could be transmitted just as easily by the many Americans returning home in droves, who were getting confusing and inconsistent messages on how to protect themselves and their communities — or in many cases, no advice at all…

“The policy makes no sense,” said Danielle Ompad, an epidemiologist at the N.Y.U. School of Public Health. “It was based on nationality, not risk of infectiousness, and the two are not synonymous.”

The Fake President’s policies often make no sense. Some of them, like these creepy incidents, stink of the bigotry and racism that characterizes the leadership of today’s Republican Party.

3 thoughts on “Returning from Spain, Italy – no screening – Americans only asked if they visited China”