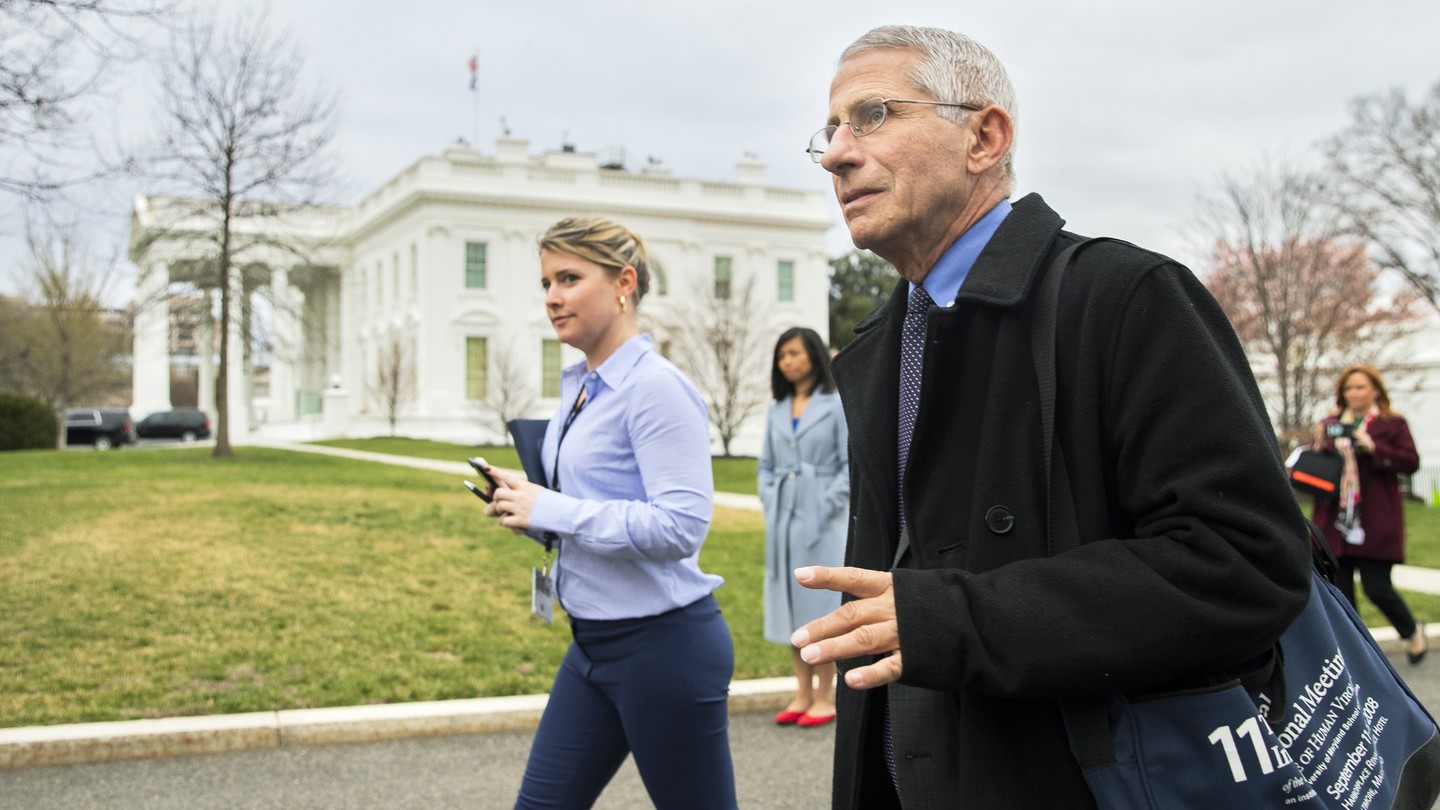 …Many Americans seem to want Fauci to be in the room where decisions are being made. His candor has made him an instant icon. During White House press briefings, social-media users dissect his second-by-second facial expressions for clues as to what he’s thinking when President Donald Trump takes questions. Alarm spread among TV viewers when he missed a briefing the other day, giving rise to the hash tag #WheresFauci.

Whether he’s allowed to stay in the room, and for how long, is anyone’s guess. Trump doesn’t like to be upstaged. And speaking truths that clash with Trump’s message risks banishment and ridicule from the president. The 79-year-old Fauci, who is the director of the National Institute of Allergy and Infectious Diseases, has shown that he’s willing to do it anyway. As Trump touts an existing malaria drug as a potential treatment (“I’m probably more of a fan of that—maybe than anybody,” he said at a press briefing Friday), Fauci made plain that the drug’s effectiveness against the coronavirus is unproven.

“No. The answer is no,” Fauci, who was standing alongside Trump, said in response to a question about whether any evidence indicates that the drug might work. What evidence there is, he said, remains “anecdotal.”

Straightforward, a little too calm in the face of this wholly incompetemt and unstable chief executive. RTFA for any details you may have missed. Then, please, contact your elected officials in Congress and demand that they work to put a halt to the carnage inflicted upon democratic rule and scientific reason by this quasi-fascist buffoon.

YOU NEED MORE THAN A VENTILATOR TO SAVE SOMEONE’S LIFE.

I worked for three years in Africa and really came to appreciate how complex an ICU is. You’ve got the ventilators, that’s the thing that you can see. But all the little pieces have to be sourced, someone has to clean it, someone has to order the cleaning solution, someone’s got to write the protocol to train the person that cleans it. It’s this really complex ecosystem, and each of the pieces of the ecosystem are required for the thing to work. Everyone’s focused on producing more ventilators, but the real capacity is the smallest thing in that ecosystem…

This is #1 of 3 important things Dr. Runnels learned in less developed hospitals in disaster areas. Click the link up above to read the next paragraphs that make his point…and the 2 that follow:

YOU ARE ONLY VIABLE IF YOUR HEALTH CARE WORKERS ARE HEALTHY.

SOMETIMES YOU HAVE TO MAKE A DECISION TO GIVE UP ON A PATIENT FOR THE GREATER GOOD OF THE SYSTEM. AND THAT’S HARD.