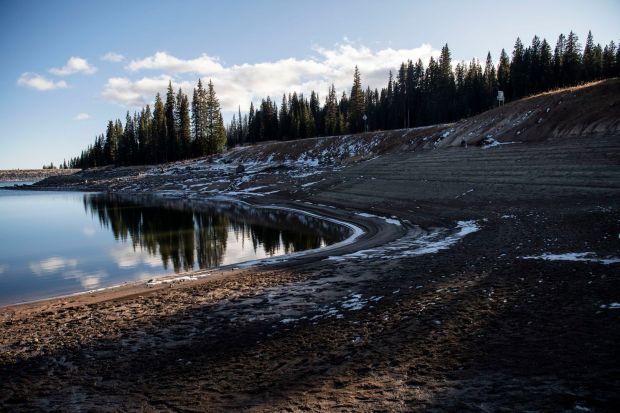 A vast region of the western United States, extending from California, Arizona and New Mexico north to Oregon and Idaho, is in the grips of the first climate change-induced megadrought observed in the past 1,200 years, a study shows. The finding means the phenomenon is no longer a threat for millions to worry about in the future, but is already here.

The megadrought has emerged while thirsty, expanding cities are on a collision course with the water demands of farmers and with environmental interests, posing nightmare scenarios for water managers in fast-growing states.

Unlike historical megadroughts triggered by natural climate cycles, emissions of heat-trapping gases from human activities have contributed to the current one, the study finds. Warming temperatures and increasing evaporation, along with earlier spring snowmelt, have pushed the Southwest into its second-worst drought in more than a millennium of observations.

RTFA. Read it and weep for what humankind has wrought. Not just upon the American Southwest and those of us who live here; but, to the whole planet.

6 thoughts on “Getting ready for the first megadrought caused by human culture, economics”