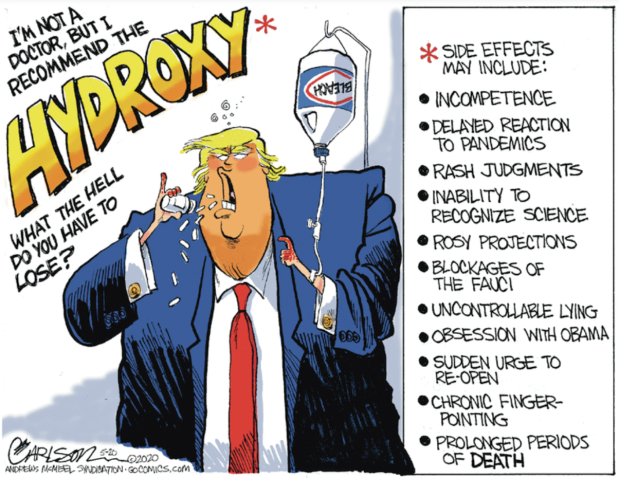 One of the top peer-reviewed medical journals in the world on Tuesday rebuked President Donald Trump after the president incorrectly cited research it published on the coronavirus outbreak in a letter threatening to permanently yank U.S. funding to the World Health Organization.

The Lancet, a leading British medical journal that has been critical of the president’s ongoing WHO aid freeze, refuted Trump’s claim that the global health body “consistently ignored credible reports of the virus spreading in Wuhan in early December 2019 or even earlier, including reports from the Lancet medical journal.”

“This statement is factually incorrect,” the Lancet said, noting it published “no report in December, 2019, referring to a virus or outbreak in Wuhan or anywhere else in China.” – emphasis added

The first such reports published by the journal, the statement continued, were on Jan. 24, where two studies described the first 41 coronavirus patients from Wuhan, the inland Chinese city where the outbreak began, and detailed the first scientific evidence confirming person-to-person transmission of the new virus.

Those two reports detailed the Chinese institutions in mainland China, scientists and physicians from the mainland and from Hong Kong.

You can always tell when our Fake President is lying, BTW. His lips are moving. 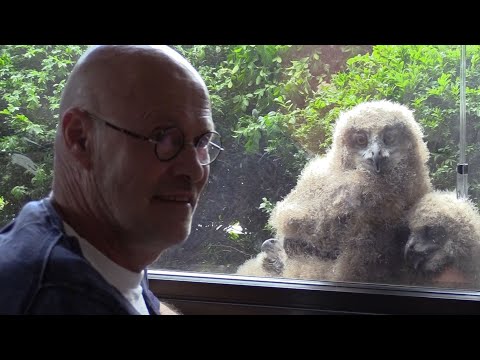 A Dutch man is living with that constant feeling of being watched ― because for the most part, he is.

Jos Baart told the Netherlands nature program “Vroege Vogels” that a Eurasian eagle owl had nested in the planter just outside his third-floor window. It then hatched “three giant chicks.”

…They spend a lot of time watching each other.