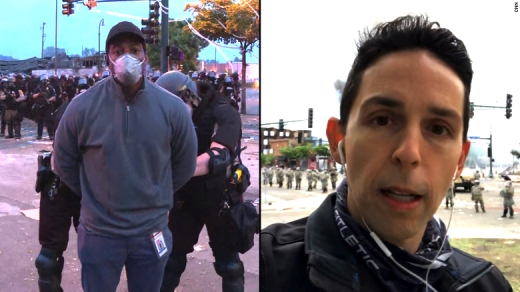 Reporter Josh Campbell described the situation in Minneapolis where a reporter was arrested live on camera…“No, I can tell you my experience has been the opposite of what Omar just experienced there. Talking to police, I identified myself. I told them who I was with. They said okay, you’re permitted to be in this area. As a vehicle came by, they asked me to step out of the street. I asked if I could move back in. They said yeah, you’re good to go. What happened to Omar was clearly a lot different and just something that we certainly haven’t seen, where a journalist identified himself covering a story has been taken into custody by the police,” Campbell said.

“Again, the police knew who our crew was, who they consisted of. They saw the camera and the live shot in progress. Omar identified himself very politely, yet they took that decision to make that arrest.”